Nick Saban is no stranger to unprecedented success. Throughout his legendary career, the Crimson Tide head coach has won seven separate national titles with LSU (1) and Alabama (6). He literally has more championship rings than can fit on one hand.

Thanks to Saban’s coaching (more the recruiting, honestly), Alabama is college football’s unquestioned top powerhouse. In every sense of the term, a Football Factory — with a direct funnel of future pro stars to the NFL. It is a program with an armada of ravenous boosters that, at this point, expects a National Championship every. single. year.

If one comes at the expense of bulldozing the competition’s chances, so be it.

With all of this in mind, Saban went on The Paul Finebaum Show on Friday and discussed a topic that perhaps hits a little too close to home:

“One of the things I like to see us be able to work back to is everything in CFB has always had parity.”

Really, Nick? Are we sure this is the stance that YOU, of ALL people in the college football world, should be taking?

“Everything in college football has always had parity,” Saban said. “You know, the same scholarships, the same academic support, the same health care … and I don’t think we have that balance right now which could affect the parity of college football.”

Oh, come on! Is any part of that even true?

Has college football — which essentially has multiple programs that are run like NFL teams from top to bottom — always had parity? Or ever?

Is it not the same teams (especially Saban’s Alabama) who dominate every last conversation about this sport?

The answer to all these questions: No. Yes. And probably!

Yes, I agree, Nick. We’re all trying to find the guy who did this. 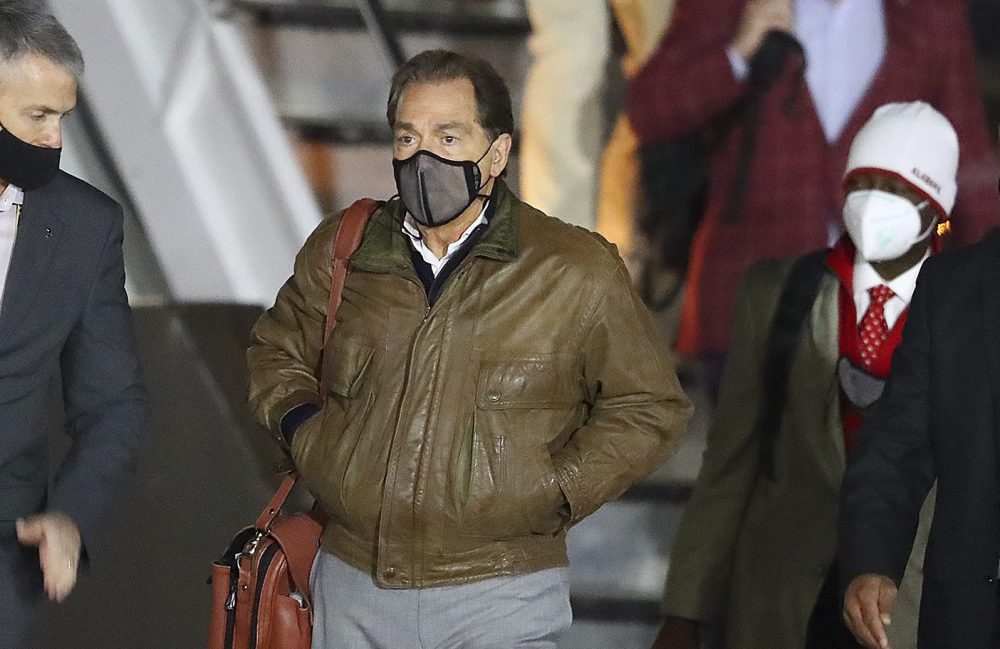