Where faith meets politics: Jewish pilgrimage to Tunisia | Middle East | News and analysis of events in the Arab world | DW

Where faith meets politics: Jewish pilgrimage to Tunisia | Middle East | News and analysis of events in the Arab world | DW


Right now, the synagogue is still quiet. But once the traditional Jewish pilgrimage to it begins on Saturday, there are likely to be thousands of worshippers from all over the world here on the Tunisian island of Djerba.

For the first time in the more than two years since the COVID-19 pandemic began, a large number of pilgrims to the North African country will be taking part in religious festivities over the course of eight days. In 2020 and 2021, pilgrimages were canceled due to the health crisis and access was very limited. 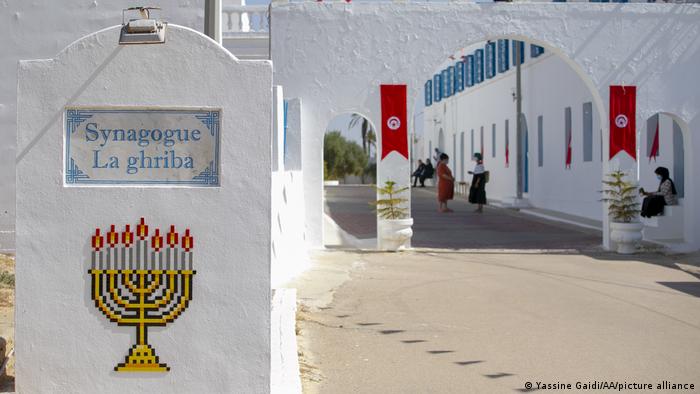 The Ghriba synagogue is a center of Jewish life in Tunisia

The synagogue on Djerba is one of the oldest in Africa and a site for Jewish pilgrimage. This is because, as religious legend has it, the 2,500-year-old place of worship — known as the Ghriba synagogue in Arabic — was built using remnants of the first Jewish temple in Jerusalem. The Bible says the temple was destroyed by a Babylonian king who sent Jewish worshippers into exile. These refugees are said to have brought fragments of the temple with them to Djerba.

Today, around 1,000 Jewish Tunisians live on Djerba. This makes it the largest Jewish community in Tunisia and the second-largest in the Arab world. Only the Moroccan Jewish community in Casablanca, between 1,500 to 2,000 members strong, is larger than Djerba’s.

After Tunisia became independent from France in 1956, many Tunisian Jews left the country. The economic situation in Tunisia was difficult then, and there were also increasing tensions between the Jewish community and Tunisia’s Muslim majority after the state of Israel was founded in 1948.

Tunisian Jews found themselves marginalized and felt under pressure to emigrate. A second large wave of migration of Tunisian Jews followed in 1967 after the Six-Day War. Throughout history, the Middle East conflict has impacted the lives of Tunisian Jews, and the tensions have resulted in violence, death and the destruction of Jewish property.

Tunisian leaders condemned the violence against the religious minority but did not prevent its exodus. This has had demographic consequences. In the 1950s, there were around 100,000 Jews in the country. 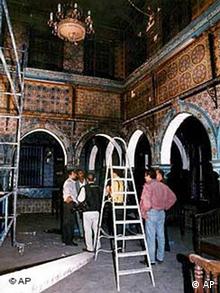 In 2002, a terrorist attack caused 14 deaths and fire inside the synagogue

In 2002, the Djerba synagogue was the target of a terrorist attack when an extremist rammed a truck loaded with liquid propane into the building. The explosion killed 19 people, including 14 tourists from Germany. Extremist organization al-Qaida claimed the attack.

In January 2018, petrol bombs were thrown at a Jewish school on Djerba. There were no injuries, although the school was damaged.

The Jewish-Muslim relationship in Tunisia continues to be fraught.

Before being elected to office in 2019, the current president of the country, Kais Saied, said he would not allow anyone holding an Israeli passport to enter Tunisia — not even to visit the Djerba synagogue.

His statement was an apparent reaction to the ongoing normalization of ties between Israel and some Arab states, including Tunisia’s neighbor, Morocco. Asked about the so-called Abraham Accords during a presidential debate in 2019, Saied replied, “normalization is the wrong word to use. We should be talking about high treason.”

As far as its own relationship with Israel goes, Tunisia’s Foreign Ministry ruled out diplomatic ties last summer. Despite this, the entry of Israelis to Tunisia is occasionally tolerated, usually under special circumstances. 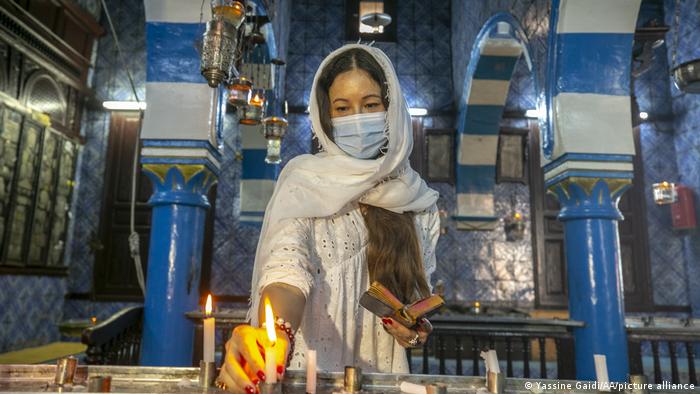 However Israeli passport holders are certainly not welcome everywhere in the country. When fighting broke out between the Israeli military and the Hamas movement in May last year, many Tunisians expressed solidarity for Palestinians at local rallies.

This spring, the movie Death on the Nile, a remake of an old classic, was banned in Tunisia because one of the leads is Israeli actor Gal Gadot.

As happens elsewhere, not all Tunisians differentiate carefully between citizens of Israel and Jewish individuals. But in some areas, efforts are made to remain as apolitical as possible and to emphasize examples of successful coexistence between Jews and Muslims in Tunisia.

Tunisia’s chief rabbi, Haim Bittan, told DW that the relationship between the Jewish minority and Muslim majority in the country is largely free of tension. “There has always been coexistence between Muslims, Christians and Jews who live in the same neighborhood, without any problems,” he stated.

The head of Djerba’s Jewish community, Perez Trabelsi, also talked about the relationship in positive terms, and suggested that the pilgrimage preparations were a good example of this.

Many Tunisian Muslims contribute to the success of the pilgrimage, Trabelsi noted.

“I myself live more among [Tunisian] Muslims than among Jewish Tunisians,” he explained. “Most of the people I work with in the synagogue are also Muslim.” 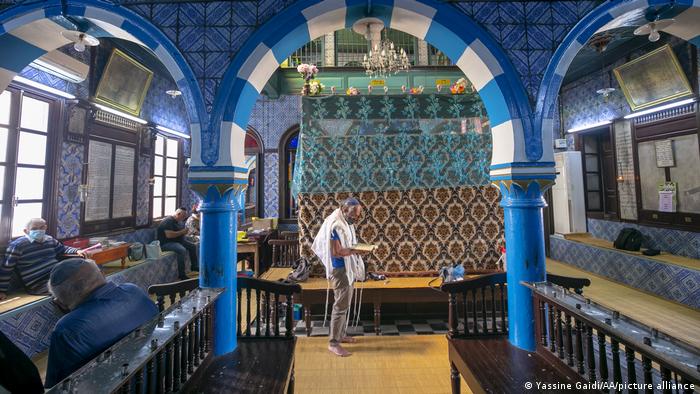 Many local Muslims enjoy taking part in the Jewish festivities, Trabelsi added. In fact, they make up about a third of all visitors to the events. “They come to watch and to participate in the celebrations,” the community leader enthused. “That’s why it’s such a unique event.”

As yet, it is unclear whether other tensions in the Middle East or the comments made by the country’s increasingly authoritarian President Saied will have any impact on the numbers of pilgrims from Israel this year.

In fact, it isn’t clear whether Jews from Israel will come to Tunisia, Trabelsi told DW in the middle of this week. The pilgrimage is scheduled to start on the weekend but there have been some complications with visas, he noted.

At the time of writing, DW was not able to ascertain whether Israeli pilgrims would be able to attend the weekend events.

“We don’t have any information from the government yet,” Trabelsi told DW. There have been a lot of requests but, “because of the sensitivity of the issue, we obviously don’t want to cause any confusion ourselves.”

These days, Jewish people with Tunisian origins live in many other countries around the world, including in Israel, he continued.

“Regardless of political background, they all have the right to visit Djerba and the synagogue,” Trabelsi argued. “Whether a visitor comes from Israel, or another country, is none of our business. It is always about the individual person.”

This article was originally published in German.