Mayor Adams Is Lured Abroad, by Antisemitism and the World Cup 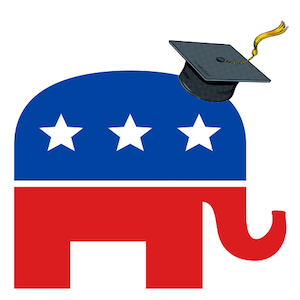 Whenever we step up to evaluate a person as a potential juror, it can be an occupational hazard to simplify that person too much. We do our best with the time and information available, and to be sure, jury selection would be better and less susceptible to social biases if judges permitted more time and better information. But even with a good amount of information on a venire member, it can be tempting to seize on one variable and treat it as destiny. But in nearly all circumstances, it is more complicated than that, and the team working on jury selection should aim to be more sophisticated than that.

One way to increase the accuracy is to look not just for the presence or absence of a single given trait, but to look for combinations. For example, for a long-time in civil litigation the factor of being conservative was treated as a proxy for being more likely to favor a corporate defendant in litigation. I have written recently, however, that we cannot necessarily assume that this pro-corporate tendency among conservatives is uniform. Following up on that post, we did a dive into our own “BigJury” data set in order to explore the interaction between conservative voting behavior and education. Looking at our own Anti-Corporate Bias Scale, it turns out that among liberals, the higher-educated are more anti-corporate, while among conservatives the relationship is reversed and it is the least educated who are the most anti-corporate. This is consistent with other research showing that political identity interacts with education when it comes to predicting the gap between beliefs and reality (Saldana, McGregor & Johnson, 2021). That suggests that we are dealing with two distinct flavors of anti-corporate attitudes — an intellectual reaction among liberals, and a populist reaction among conservatives. In this post, I will take a look at this interaction and how to apply it in jury selection.

Additional research may flesh this changing political profile and the other demographic factors that tend to interact with it, but experience also contributes to this emerging picture. When your case draws upon views of corporations as well as the constellation of other partisan-connected attitudes like personal responsibility, I think there are two perspectives to keep in mind.

Those with lower education seem to be increasingly prone to seeing corporations as elite, out of touch with traditional values, and for lack of a better word, “woke.” Florida Governor Ron DeSantis and his squabbles with the Disney corporation might be emblematic of the right wing’s current disaffection from corporate America. Companies that regulate communications, particularly social media, are also widely thought to censor conservative speech, particularly in the wake of the election and the pandemic. More generally, the feeling is that corporations are too quick to put liberal principles over practicality, common sense, and community values.

If your case could involve corporate policies or expressed values that are progressive, then you may want to target this form of anti-corporate populism in your voir dire. For example, you might ask,

On the other end of the educational spectrum, there might be equal distain for corporate America, but for different reasons and with some different implications. The critique of large companies from the progressive side of the aisle is more likely to embody a social democratic view: Corporations control too much wealth, have too much influence over society, and too little responsibility for the welfare of average working people. They also have too much pull when it comes to government, and are able to buy influence and to set their own regulations.

This criticism of revolving-door lobbyists involved in setting the standards for their own industries can frequently come up in cases that hinge on the credibility of state or federal regulations. Cases that pit an individual against a company can also invoke these attitudes about the concentration of power in companies. If your case touches on these sorts of issues, you could ask,

Who believes that large companies have too much power? Why? What are some of the problems this brings up in your minds? In what ways do you think society ought to check or limit that power?

The specific attitudes and questions that matter will naturally vary according to the case, but it is important to not just reduce the juror to one individual characteristic, but to instead consider the combination. Lately, our focus has been on education combined with ideology, but there are other interactions to consider, like the rural versus urban divide that can be important in many federal venues. Ultimately, the goal is to appreciate human complexity, get to understand potential jurors as individuals as much as the process allows, and to not let one variable dominate your analysis.

Image credit: 123rf.com, used under license, edited by the author.