Athletes to watch at the World Championships 2022

Athletes to watch at the World Championships 2022

This summer, the World Championships of Track and Field Athletics will be held in the United States for the first time. Appropriately, the venue for these ten days of top-class sport will be Eugene, Oregon. Known as Track Town, US, the city is famed for its athletics pedigree, with the training facility at the local University of Oregon campus having seen some of the best in the world put through their – quite literal – paces. Having been delayed from last year because of the Covid-19 pandemic, this spectacle has been a long time coming.

Below, we will have a look at some of the prospects that are exciting fans, pundits and sportsbook operators. Before you look to refresh your memory as to how sports betting odds work, let’s bear in mind that the events are still a couple of months away, and there is plenty of time for things to change. However, with an eye on last year’s Olympics and the Diamond League events that have already passed this year, here are some of the key names that will make this year’s championships all the more special.

Okay, so it’s not exactly Nostradamus stuff to say that the winner of Olympic gold in 2021 could go on to win at Worlds in 2022. But it’s not Mu’s ability to win the race that is exciting in advance of this meet. More important is the fact that the Trenton-born middle-distance runner could finally be the one to break a world record that has stood since 1980. At 19 years of age, Mu is less than half as old as the mark she hopes to overhaul. Her PB for the event is 1:55:04, a US national record. At the speedy, relaid track in Eugene, she could well knock a couple of seconds off that and beat Nadezhda Olizarenko’s 1:53:43. 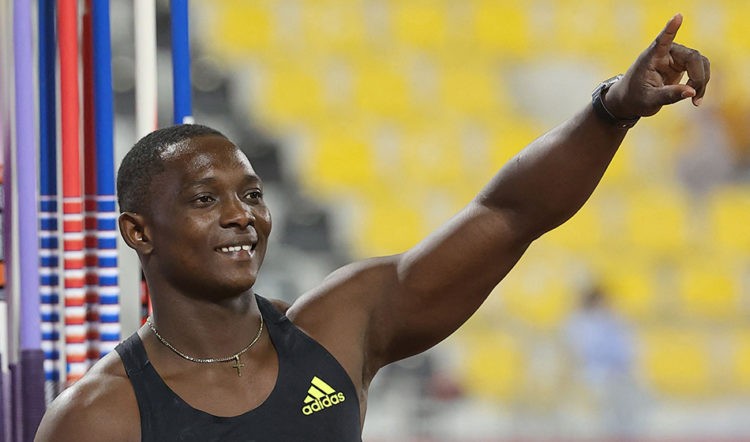 While the 26-year world record set by Jan Zelezny isn’t thought to be under threat at these games – only two men have got within five meters of it since the Czech landed 98.48 in May 1996 – there is an interesting prospect making waves in the sport. The stiff winds that buffeted Doha on the night of the Diamond League meeting this May meant it wasn’t a night for records. However, for Anderson Peters, making his League debut, it was a night of glory. His 93.07 was a personal best and Grenadian record in the stadium where he won WC gold in 2019. At 24, Peters has the chance to keep throwing longer, and is six years younger than Zelezny was when he set the world record.

At the age of just 19, Ofili is the holder of her national record over 200m. She also anchored her country to 4x400m gold in the African games in Morocco when she was just 16. Since 2021, the Nigerian sprinter has been enrolled in the collegiate athletics program at Louisiana State, where her 21.96 in the 200m is also an NCAA-best time. She’ll be up against some stiff competition in Eugene, but her 200m time is faster than anyone ran at last year’s Olympics, so she could yet have a fairytale story to celebrate this summer.