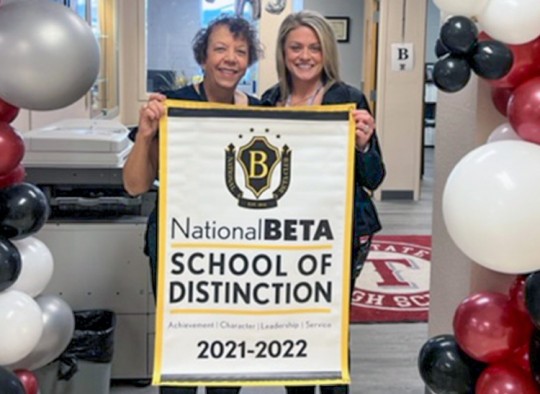 Stacye Litton of Tate High School recently achieved national recognition for her work as a National Beta sponsor after being named a 2021-2022 John W. Harris Educator of Excellence.

“It’s been a privilege to be Tate High School’s Beta Club sponsor these past 12 years,” Litton said. “Whether we’re working with Miracle League, Manna Food Bank, or the Escambia Sheriff’s Office Toy Drive, I love seeing the students’ joy in helping the community. We always strive to live out the Beta Club motto ‘Let Us Lead by Serving Others’.”

Only 175 of 20,000 Beta sponsors received the John W. Harris Educator of Excellence award, the highest offered to club sponsors.