Your Ticket to Understanding School Board Politics, Edition #14 – Ballotpedia News

Your Ticket to Understanding School Board Politics, Edition #14 – Ballotpedia News

Reply to this email to share reactions or story ideas!

In this section, we curate reporting, analysis, and commentary on the issues school board members deliberate when they set out to offer the best education possible in their district.

On May 18, the Tennessee Supreme Court ruled that a 2019 law providing eligible low and middle-income students in underperforming school districts with education savings accounts worth up to $7,300 per year was constitutional.

Satya Marar, a policy analyst with the Reason Foundation, writes that money from Tennessee’s educational savings accounts program would help families tailor an education to their child’s needs. Marar also says the program would not reallocate money from public schools to private schools or exacerbate public school funding issues.

“For one, ESAs amount to nothing more than a transfer of a portion of the funds earmarked for a student’s education from public schools to their families, who can then take these dollars to schools of their choice. Schools exist to serve students, not the other way around. … Fears about harm to public schools are also likely to be overstated. Tennessee’s government has promised to maintain current levels of public school funding despite the COVID-19 budget crisis, and has even pledged a relief package, subject to state appropriation, for schools that lose students to the ESA program. One must also consider the fact that schools that lose students could well end up with more funding on average for every child they retain than before.”

Vouchers will harm Tennessee public schools and students, so lawmakers should reject them — again | Opinion | David Kidd, The Tennessean

“[V]ouchers often fail to improve outcomes for the students. Rigorous studies in three different states, Louisiana, Indiana and Ohio, (as well as the District of Columbia, the only federally funded voucher program), have shown that students who use vouchers to attend private schools fare worse academically than their closely matched peers attending public schools. …[V]ouchers, in whatever repackaged forms they are proposed — ‘education savings accounts,’ ‘individualized education accounts,’ ‘opportunity scholarships,’ ‘tuition tax credits,’ whatever they are called, and however they are advocated, — will unavoidably wreak havoc on public education in Tennessee. Our public schools are already starving for funds and parental support.”

Ballotpedia has historically covered school board elections in about 500 of the country’s largest districts. We’re gradually expanding the number we cover with our eye on all of the roughly 14,000 districts with elected school boards.

Election results from the past week

Districts in our scope in Alabama and Georgia held elections on May 24. Click the links below to see results.

We covered the following school board elections on May 24. General elections will be held Nov. 8.

We covered the following school board elections on May 24. General elections will be held Nov. 8.

States with school board filing deadlines in the next 30 days

We’re covering the following school board elections on June 7.

We’re covering the following school board elections on June 14.

School board candidates per seat up for election

Since 2018, we’ve tracked the ratio of school board candidates to seats up for election within our coverage scope. Greater awareness of issues or conflicts around school board governance can cause the number of candidates per seat to increase. This can serve as a proxy for interest in school board elections. Click here to see historical data on this subject.

In May 2019, Lee signed legislation establishing the program. The program would provide eligible low and middle-income students—those from families earning less than 200% of the limit for the federal lunch program—in some underperforming school districts with education savings accounts worth up to $7,300 per year. Families could spend the money on private school tuition and other qualifying education costs.

The pilot program was restricted to school districts in Shelby County—including Memphis—and Nashville and limited in the first year to 5,000 students. The number of students allowed to participate in the program was set to increase to 15,000 over a five-year period.

In 2020, attorneys for Nashville and Shelby County sued Lee and the Tennessee Department of Education to stop the implementation of the program, arguing it violated the state constitution’s Home Rule Amendment. The Home Rule Amendment prohibits the Legislature from passing legislation directed at individual counties without local support.

Several state courts ruled the pilot program was unconstitutional. Upon appeal, the Tennessee Supreme Court ruled 3-2 that the legislation does not violate home rule, overturning the lower court rulings. In its opinion, Chief Justice Roger A. Page said: “The majority concluded that the ESA Act is not applicable to the Plaintiff counties because the Act regulates or governs the conduct of the local education agencies and not the counties. Thus, the Act does not violate the Home Rule Amendment.”

The three justices voting in the majority were appointed by Republican governors (one of whom, Thomas Frierson, is a judge on the Tennessee Court of Appeals who was filling in for the deceased Justice Cornelia Clark). Of the two other justices, one was appointed by a Republican governor and one by a Democratic governor. As of 2020, according to research in Ballotpedia Courts: State Partisanship, the Tennessee Supreme Court was one of 27 states with a majority Republican-affiliated state supreme court.

The Tennessee Supreme Court sent the case back to a lower court to resolve other issues, including a claim that the program violates the state constitution’s equal protection clause. According to the Tennessean’s Meghan Mangrum and Adam Friedman, “It is unclear when the trial court will hear the other claims raised by Davidson and Shelby counties or when the education savings account program could start up.”

Take our Candidate Connection survey to reach voters in your district

First up is Adam LaRosa, who is running to represent District G. LaRosa is is one of 7 candidates on the ballot. No other candidates running for that seat have taken the survey.

Next is Liam MacCaul, who is running to represent District F. MacCaul is one of 10 candidates on the ballot. No other candidates running for that seat have taken the survey.

Here’s how LaRosa answered the question, “Please list below 3 key messages of your campaign. What are the main points you want voters to remember about your goals for your time in office?” 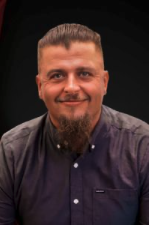 “Elementary students are our future. Our future work force, our future candidates, our future parents, our future first responders. They need to be cherished and nurtured to help produce the best possible living environment for our country.

“Politics need to stay out of the classroom and curriculum, they’re counter productive to a safe learning environment, and the state legislature has already outlawed them, so they shouldn’t be there in the first place.

“We need to rebuild trust and mutual respect in our community, I plan on activating as many extra curricular activities as practical and possible to help the community come together, with common interests and support our children in their future endeavors.”

Here’s how MacCaul answered the question, “Please list below 3 key messages of your campaign. What are the main points you want voters to remember about your goals for your time in office?” 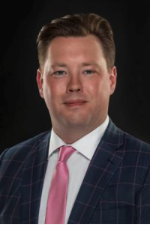 “Where I Stand Our schools need to be SAFE and SECURE

“Work Together with schools in District F to foster COLLABORATION

“Everyone needs to be held ACCOUNTABLE”

If you’re a school board candidate or incumbent, click here to take the survey. The survey contains over 30 questions, and you can choose the ones you feel will best represent your views to voters. If you complete the survey, a box with your answers will display on your Ballotpedia profile. Your responses will also populate the information that appears in our mobile app, My Vote Ballotpedia.

If you’re not running for school board but there is an election in your community this year, share the link with the candidates and urge them to take the survey!