History as a tool for nations to justify politics : The Tribune India

History as a tool for nations to justify politics : The Tribune India 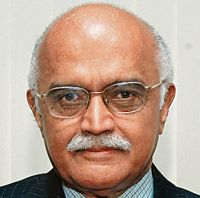 INDIA is not alone in using ancient history to ‘weaponise’ its current policy. China under Mao Zedong had used it successfully on October 6, 1962, 14 days before the 1962 war started. This was to introduce a nationalistic fervour to their policy to wage war with India.

This account is given in the first book written in China on the 1962 war by Sun Shao and Chen Zhibin, Ximalaya Shan de Xue: Zong Yin Zhanzheng Shilu (Snows of the Himalaya mountains: The true record of the China-India War) reproduced by the China Center at Stanford University in 2006.

Mao, who thought himself as a 20th-century incarnation of Chin Shih-Huang, the first Quin emperor who unified China in 221 BCE, was fond of quoting ancient Chinese history. He told the Central Military Mission that in the past, China had waged “One and half wars” with India.

The first was in CE 648 when the Tang Dynasty emperor dispatched his troops to India when the legal claimant to a throne in “a sub-continental kingdom”, recognised by the emperor, was challenged by a usurper. The latter had killed 36 members of the Tang diplomatic mission that had arrived in India. Mao said that a Tang “strengthened” force then defeated the usurper, captured him, and brought him to Chang’an (traditional name of Xian) where he lived his life.

The second war was a “half” war in 1398 when Timurlane (Timur) captured Delhi. It was a “half war” as Timurlane and his troops were Mongols. Mongolia was then part of China. Although this war was a great victory, it was followed by the slaughter of over 100,000 prisoners and the looting of the precious metals and gems.

On October 6, 1962, the top leaders of the Chinese Central Military Mission had met to discuss the escalating border problem with India. They were briefed by Deputy Chair Lin Biao who said that reports from Tibet and Xinjiang military regions had indicated that 10 Chinese soldiers were killed or wounded. Intelligence had suggested that the Indian Army would attack Thagla Ridge on October 10.

Mao, who was present, remarked that Jawaharlal Nehru had always wanted to seize Aksai Chin and Thagla Ridge. “It is just as we expected. He thinks he can get everything he deserves. We cannot give ground.” If China did not retaliate, India would seize a piece of land as big as Fujian.

The second part of the meeting was held on the outskirts of Beijing. It was attended by Mao, Zhou Enlai, Chen Yi, Lin Biao, Marshalls Ye Jianying, Liu Bocheng, Chief of Army staff Gen Luo Ruiqing and others. Mao initiated the discussion saying that war had already been decided. It was at this stage he quoted Chinese ancient history to justify war when Chinese honour was insulted. Mao, however, added that the 1962 Chinese strategy should be to “knock Nehru to the negotiating table” and that the PLA should be “restrained and principled”.

It took me quite a while to trace the full war mentioned by Mao in CE 648. I found the answer among the 11 volumes of Bharatiya Vidya Bhavan’s History and Culture of the Indian people. Chinese emperors had even then an “expansionist” mindset. In CE 641, the Chinese emperor thought that King Harsha of the Vardhana dynasty had become his vassal just because he sent a diplomatic envoy to him. In return, Chinese envoy Liang-hoai-King was sent with a royal ‘patent’ to Harsha to “submit to his authority”.

Harsha was identified in Chinese history as “Siladitya”. According to Chinese records, Harsha received the Chinese envoy with due respect and “received the imperial decree with bended knees and placed it on his head”. Exchange of envoys continued. However, when Chinese diplomat Wang-hiuen-tse came to India, Harsha had passed away. There was disorder all over.

In the Chinese version, the usurper was Harsha’s minister, identified as “A-la-na-shuen” (Arjuna or Arunasva). Arunasva attacked Wang-hiuen-tse and killed some members of his delegation. Wang rushed to Tibet to seek help from its ruler Sron-btsan-sgam-po who gave him 1,200 troops. From Amsuvarman, King of Nepal, he received 7,000 horsemen as escort. With this, he attacked Cha-puo-ho-lo, the capital of A-la-na-shuen.

What followed was the usual exaggeration by Chinese historians: “The whole India trembled, and 580 walled towns offered their submission”. Wang took with him A-la-na-shuen, 12,000 prisoners and 30,000 domesticated animals. A-la-na-shuen was made to stay within the Tang empire boundary where he died. He was given posthumous honours and his statue was placed on the avenue leading to the tomb of Chinese emperor T’ai-tsong.

Another version of this incident is by Tansen Sen in his “Buddhism, Diplomacy & Trade — The realignment of Sino-Indian relations”. He quotes Jiu Tang Shu, the old history of Tang dynasty: Wang-hiuen-tse, his second-in-command Jiang Shireen and his troops “completely overpowered the barbarians” and beheaded more than 3,000 people. Ten thousand who jumped into the waters were drowned. Arunasva who tried to escape was caught by Shireen and brought to China as captive.

Sen says that “given the exaggerated Chinese accounts” and the absence of any Indian records, it was difficult to determine the identity of the usurper and why he had attacked the Tang delegation. On return, Wang-hiuen-tse was treated as a hero in China. Sen feels the Chinese scribes might have fabricated the role of Arunasva to portray the Tang empire “as a righteous and paramount empire” and “as an appropriate punishment for someone who had ambushed the peaceful Chinese delegation and deposed a just Indian ruler”.

What was baffling was why Arunasva, the attacker was honoured by the Tang empire by erecting his statue by the side of Tibetan king Srong-btsan Sgam-Po who had extended his kingdom to Nepal, parts of India and China. Historian PG Bagchi says that Arunasva’s statue was placed next to the statues of Srong-btsan Sgam-Po and kings of Kucha and Turfan in the avenue leading to the tomb of T’ai-tsong, the second emperor of the Tang dynasty. It is almost like erecting Mao’s statue on Rajpath.