10 ways to improve your listening skills


With only the small matter of the Champions League and a few play-off finals still to be decided, coaches and players from clubs who are not required to report for international duty can go on holiday to re-energise before a busy 2022-23 campaign.

Next season will be unlike any in modern memory, with a four-week break in the middle to accommodate Qatar’s hosting of the World Cup.

Qatar was awarded the tournament in 2010 to begin in June 2022. However, concerns were raised over the extremely high average temperatures at that time of year, prompting FIFA to reschedule for November and December.

It remains to be seen how the winter World Cup will affect domestic football next season. Will an extended break benefit Liverpool’s Mohamed Salah, whose Egypt side failed to qualify for the tournament? And how about Manchester City’s new signing, Erling Haaland, given Norway will not be in Qatar? Could a mid-season tournament revitalise Romelu Lukaku, who typically shines under Roberto Martinez with Belgium, and bring out his best football for Chelsea?

One thing is for certain: the 2022 World Cup will have a profound effect on the schedule because of its unusual start date.

The Athletic breaks down the timeline from now until Senegal and the Netherlands kick off in Doha on November 21.

With no World Cup and no European Championship, will men’s players be on holiday until the start of next season?

Owing to the shortened summer break during the COVID-19 pandemic in 2020 and the European Championship last year, lots of players in England’s top two divisions have played virtually non-stop for two years.

But with the Nations League shifting forward to accommodate the winter World Cup, there is no end in sight for European players selected for their national teams, either.

The Nations League kicks off on June 1 with Poland against Wales. Wales manager Rob Page will want to manage the fitness of star players Aaron Ramsey and Gareth Bale carefully while keeping an eye on the result of Ukraine vs Scotland (also on June 1) to determine which side Wales will face in a knockout for the final World Cup spot on June 5. 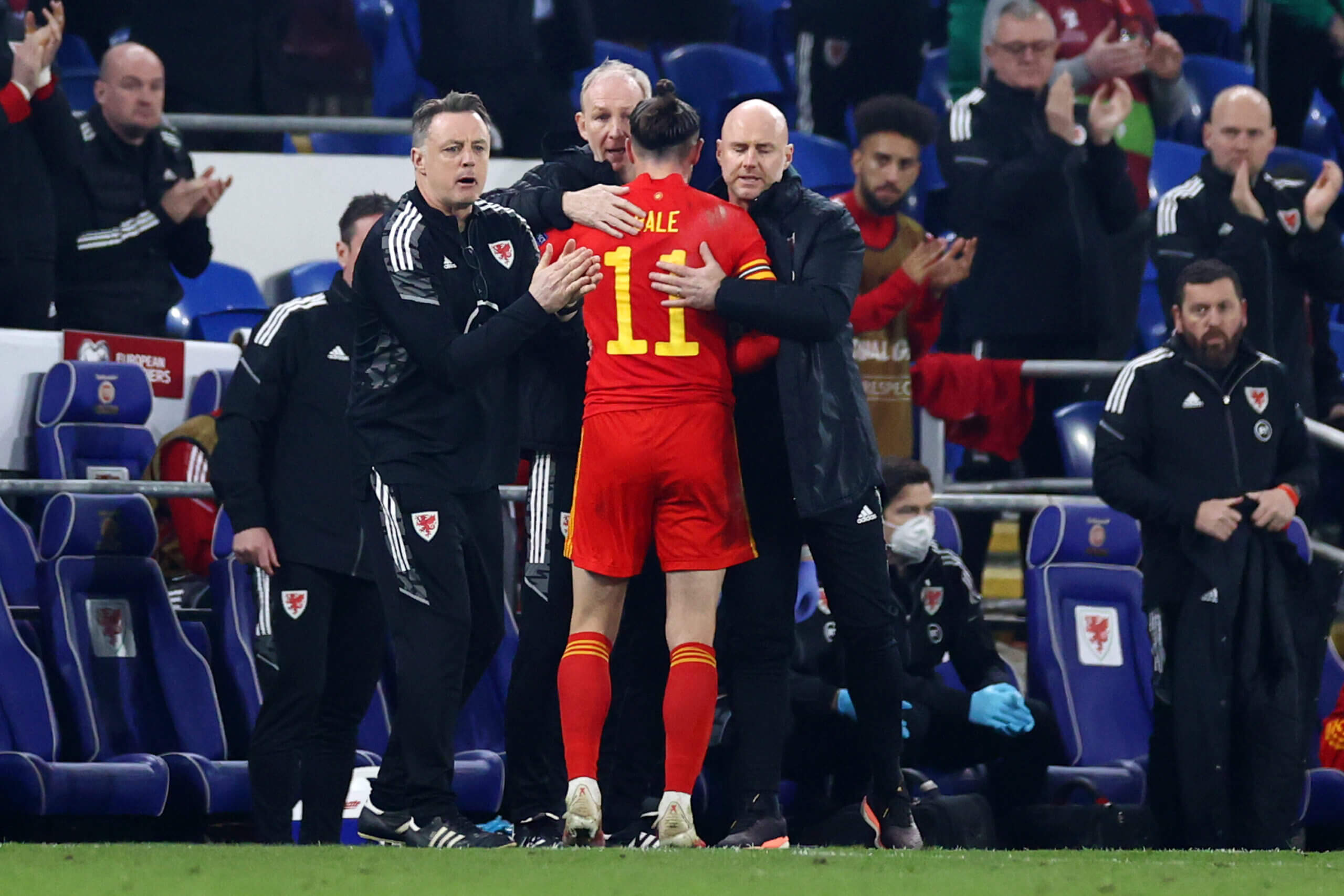 Liverpool’s Trent Alexander-Arnold will join the England camp shortly after Saturday’s Champions League final for four Nations League matches in 11 days, with away trips to Germany and Hungary next week. After that, England welcome European champions Italy and Hungary to Molineux, with the first match being played behind closed doors, as the national team play in the West Midlands for the first time since 2005.

On the same day as the Nations League begins, Wembley will host the 2022 “Finalissima” between Italy, winners of Euro 2020, and Argentina, the holders of the Copa America. A revival of the Artemio Franchi Cup played twice in 1985 and 1993 before being discontinued, the match is set to feature Lionel Messi, Paulo Dybala and Emi Martinez, who sat out Aston Villa’s 3-2 defeat by Manchester City last weekend. 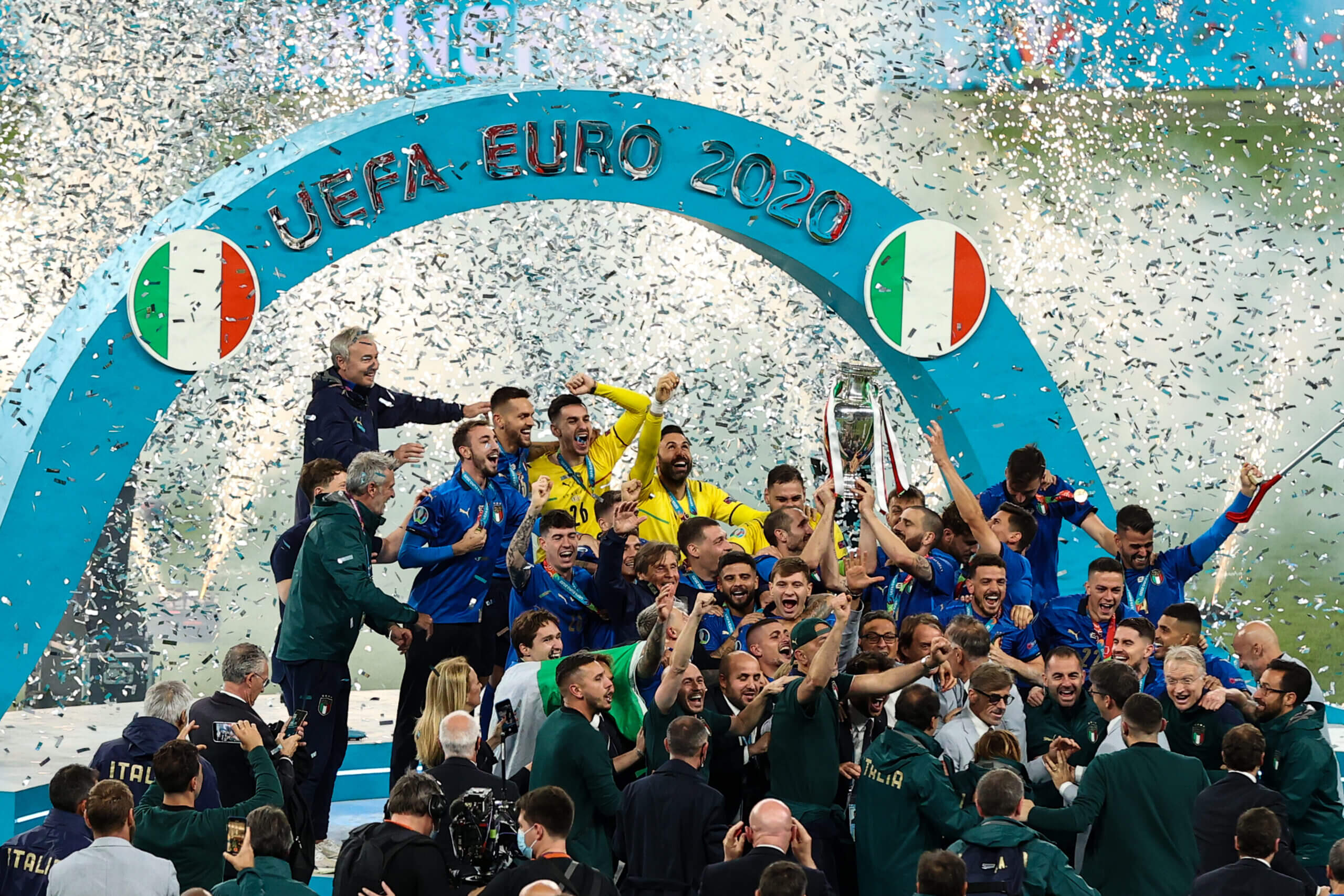 When does pre-season start?

Clubs are expected to return to pre-season training earlier than usual this summer. Premier League clubs typically report back in early July but incoming Manchester United manager Erik ten Hag has confirmed his players will come back to Carrington on June 27, a week earlier than last season.

With Nations League fixtures ending on June 14, players involved in internationals will have less than two weeks between campaigns. However, their clubs will have to give them at least a three-week break under FIFA rules before heading back for pre-season.

Ten Hag will have his first crack at playing Liverpool in Thailand as Premier League clubs travel for their first global pre-season tours since the outbreak of COVID-19 in 2020. The Rajamangala Stadium will host the two giants of English football on July 12, before United travel to Australia to take on Melbourne Victory (July 15) and Crystal Palace (July 19) at the Melbourne Cricket Ground. 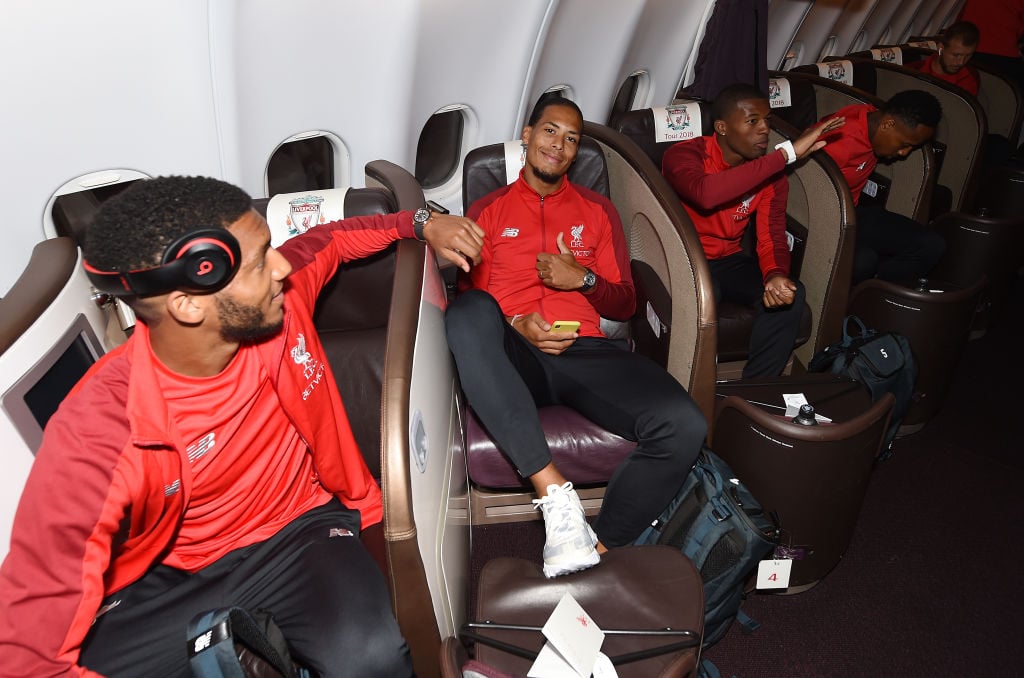 Lucrative pre-season tours are back on the agenda this summer (Photo: Andrew Powell/Liverpool FC via Getty Images

Arsenal are heading to the United States on their pre-season tour, with matches against Everton, Orlando City and Chelsea scheduled for July 16, July 20 and July 23. Their north London rivals Tottenham Hotspur will visit South Korea, the home of Premier League joint-golden boot winner Son Heung-min, where they will face Team K League — a selection of the best player’s from the country’s top flight — and La Liga side Sevilla.

Premier League champions Manchester City will begin their season in Houston, Texas, against Mexican side Club America on July 21.

The Premier League will begin on August 6, one week earlier than last season.

Premier League winners Manchester City and FA Cup holders Liverpool will meet a week earlier for the Community Shield on July 31 as Pep Guardiola’s side look to improve on last year’s 1-0 defeat by Leicester City at Wembley. 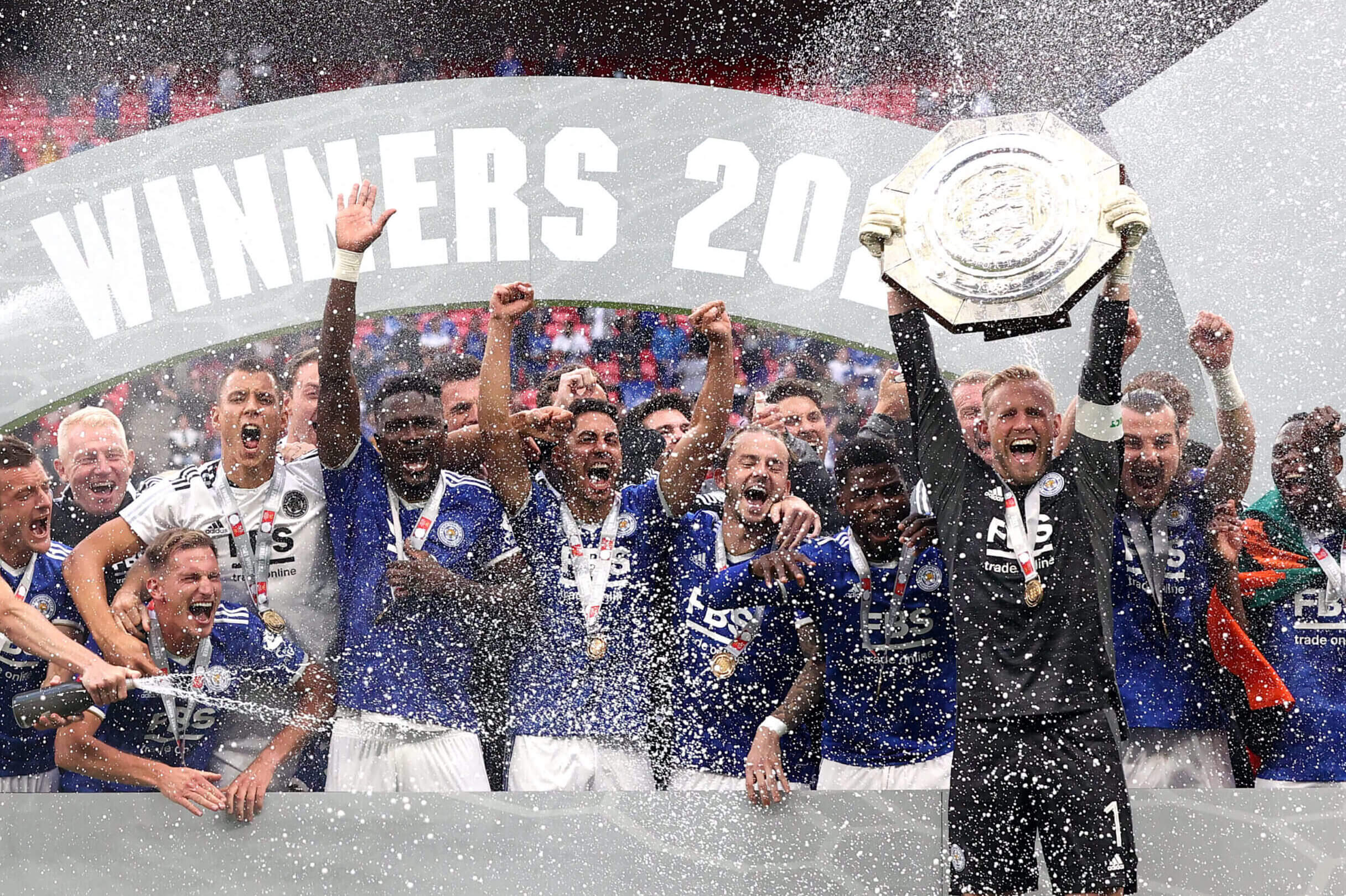 The English Football League season will also start a week earlier than usual, beginning on the weekend of July 30-31. The Carabao Cup’s first round will take place in the week commencing August 8, with the Papa John’s Trophy kicking off a few weeks later. The Carabao Cup’s fourth round will then take place on the week commencing December 21 — three days after the World Cup final.

Celtic will begin their defence of the Scottish Premiership title on the weekend of July 30-31.

Ligue 1, France’s top division, will follow the same schedule as the Premier League. La Liga and Serie A are due to begin their seasons on the weekend of August 12, whereas the German football association (DFB) has confirmed that the Bundesliga will begin on August 5.

How will the 2022-23 domestic season be affected by the World Cup?

When the World Cup finishes, the traditional “winter break” will continue to be observed on the continent. The DFB has confirmed that Bundesliga matches will resume on January 20, 2023, more than a month after the World Cup final, while Serie A and La Liga are expected to offer a short break to players returning from Qatar.

However, should a Premier League player reach the World Cup final on December 18, they will have eight days to recover before the Premier League resumes on Boxing Day.

The Premier League will conclude on May 28, with all matches kicking off simultaneously as is standard for England’s top division.

The Championship will pause on the same weekend as the Premier League for the World Cup group stage but will resume on December 10, while League One and League Two will continue throughout the tournament.

The Scottish Premiership will pause at the same time as the Premier League but will resume on the same weekend as the World Cup final.

What about European and international competitions?

The winners of Saturday’s Champions League final between Real Madrid and Liverpool will take on Eintracht Frankfurt, who beat Rangers in the Europa League final, for the Super Cup in Helsinki on August 10. 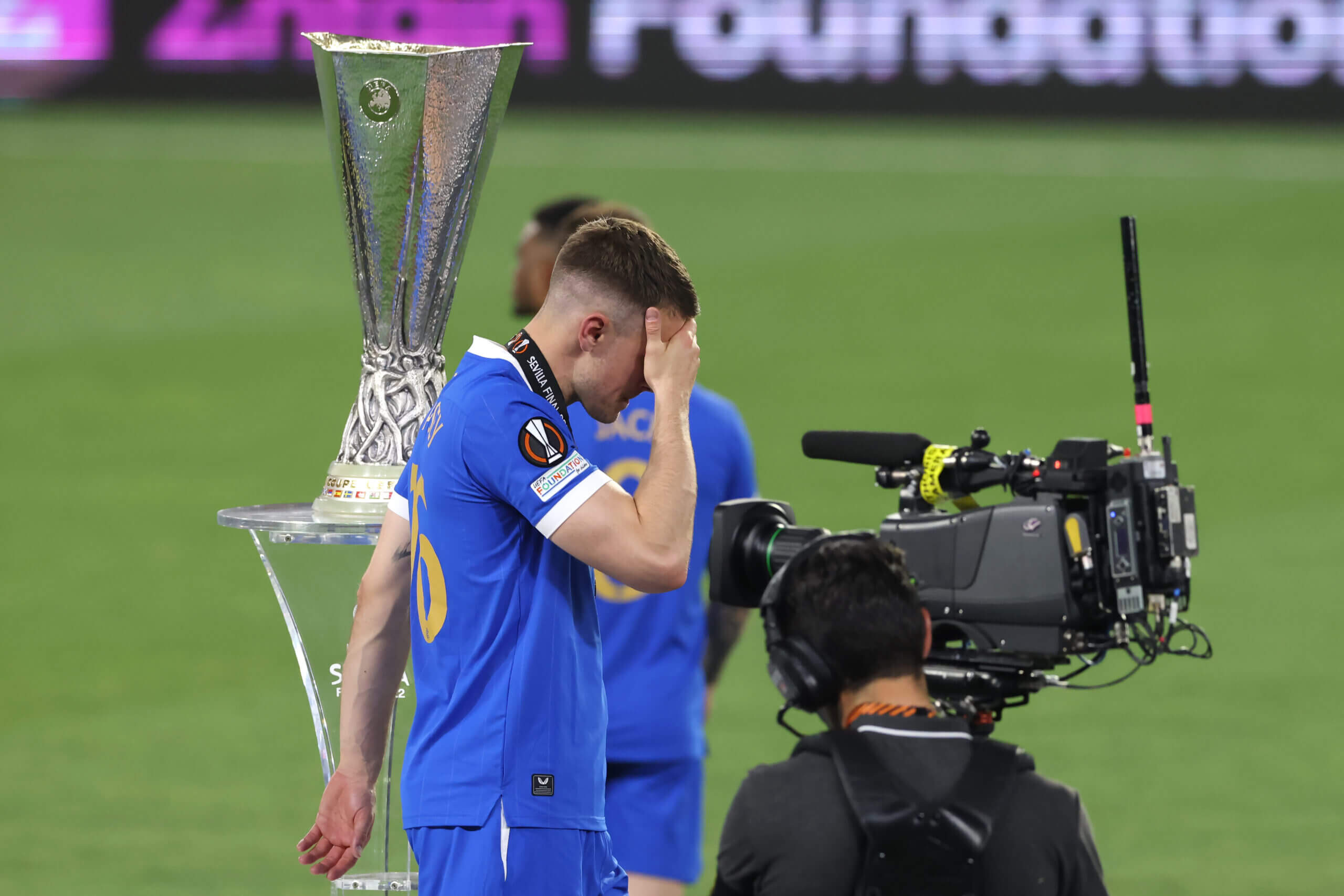 The first Champions League group games will take place on September 6  — one week earlier than the 2021-22 season, with qualifying scheduled to take place between June 21 and August 24.

Group matches will be played on back-to-back weeks, rather than the usual two- or three-week gaps, with the final match day of the group stages on November 2.

The Champions League final will take place at the Ataturk Olympic Stadium in Istanbul on June 10, the venue of Liverpool’s historic comeback against AC Milan in 2005. Istanbul was originally awarded the 2021 final, which had to be relocated to Porto due to COVID-19.

West Ham must get through a two-legged play-off match in August to confirm their group-stage place.

With only 100 days between the start of the Premier League and the pause for the World Cup, teams that qualify for Europe will play 23 matches (16 in the Premier League, six in the group stage of European competition and one in the Carabao Cup) — which is an average of almost a game every four days.

What do coaches and players think?

There have been differing opinions regarding the mid-season World Cup from the football world. For Zlatko Dalic, the Croatia men’s national team coach, the mid-season tournament will allow players to enter in better condition than they would if it was at the end of the season.

“We will have fresh players. Previously, the players would come after a tough 10-month season, and they would be tired,” said Dalic, who led Croatia to the final of the 2018 World Cup as manager. “But now, they will be fresh and ready for the games. As a coach, I am very happy with this. It was not easy to play a World Cup after the season. I expect a nice and good World Cup in Qatar this time around.”

Maheta Molango, the head of the Professional Footballers’ Association (PFA), disagrees with Dalic’s assertion. With changes in European competition condensing the schedule for elite players, there is a growing feeling within the PFA that demands placed on players mean they are unable to show “the best versions of themselves”.

“There was almost a unanimous position in saying we play too many games,” Molango told The Athletic’s Business of Sport podcast in October 2021. “And I think they’re right.”

FIFPro, the organisation representing 65,000 professional footballers worldwide, is also crying out for reform to the football calendar.

“The problem is the accumulation,” says Jonas Baer-Hoffmann, general secretary of FIFPro. “What we see with these high workload numbers, across several indicators, is that this is unsustainable for the player but also the game and the competitions. Of course, you can play a weekend, midweek and then a weekend. But what happens the week after? Can you do the same thing again and again? That’s where you reach an unsustainable rhythm.”

Guardiola and Jurgen Klopp, the Manchester City and Liverpool managers, have echoed Baer-Hoffman’s concerns, voicing their complaints on several occasions about the busy schedule in England. It would be a disaster if star players missed the World Cup because of muscle injuries sustained from being overworked.

Do experts think it is feasible for players?

Darren Burgess, who served as Arsenal’s head of elite performance between 2017 and 2019, is working with FIFPro to help address the growing concerns about player welfare. He has now returned to his native Australia with Australian rules club Melbourne FC but served as part of the backroom staff that supported Arsenal’s players through 118 games in all competitions across the 2017-18 and 2018-19 seasons.

“The feeling I’ve had from fellow professionals is that it’s about time this issue was raised,” he told The Athletic in 2021. “We know through anecdotal evidence, as well as scientific, that anything less than five (days of rest) carries a higher risk. That’s what we’re trying to protect here: the well-being of players. The time spent by elite players in those back-to-back matches is increasing. Performance undoubtedly declines as the season goes on. Players are simply unable to sustain it.”

FIFPro has targeted “the critical zone”, where a player has not been afforded five days of rest or recovery, as the urgent issue. With the number of back-to-back games on the rise in elite football, there is a greater risk of muscle injuries and strains. To address this, FIFPro suggests a friendlier schedule where weeks with multiple matches are significantly reduced. An alternative is to limit the number of games any player can play in the critical zone.

“If these rules (limits to the number of games played in a critical zone) are in place at the start of a season, then it allows a performance coach or a doctor, coach and fan to understand this is being done to promote performance and protect players. Then you can maximise the exposure of the players to the most critical games.”