A New Approach to Concussion Education

A New Approach to Concussion Education


USA Rugby’s new partnership with TeachAids and its Crashcourse Concussion Education is a big step in educating coaches, players, and players’ families about how to handle concussions.

Rugby has often congratulated itself as a sport for taking concussions seriously, and that self-satisfaction is, for the most part, warranted, but there is always more to learn. TeachAids is a nonprofit social venture that creates breakthrough software addressing numerous persistent problems, including their  CrashCourse multi-sport concussion education product suite.

Their education takes the ideas that all concussions need a multi-week stand-down period with enforced rest and reduced sensory input, or that concussions can just be shaken off,  and stands those ideas on their heads. In a way, the old form of dealing with concussions was similar whether you worried about them or not—you either shook it off and went back to playing as soon as possible, or you stopped doing much of anything and waited for the brain to fix itself. The similarity of approach was—no treatment.

What TeachAids and the organization’s founder and CEO Dr. Piya Sorcar wanted to do was find a way to treat concussions. “When you have surgery on your ACL, your doctor doesn’t then say ‘your ACL is fixed, off you go!’ But we do that with the most vital organ in the body,” said Scott Anderson, the Medical Advisor for TeachAids and who served as Director of Athletic Training and Sports Medicine at Stanford University for 10 years.” Unlike a broken bone or a dislocation, or even a sprain that makes an athlete wince, concussions are invisible.

“You can’t  see it, you can’t touch it, you can’t really feel it,” said Anderson. “And so you can convince yourself that you’re OK. There’s also a reluctance to talk about it. One of the things we heard from athletes was, there is a fear around the disclosure of this condition because it cannot be seen by anyone else.”There’s the fear that others will see you as slacking off, or letting down your teammates. Athletes think there is a lot to lose by disclosing a concussion, whereas, in fact, there is much more to lose by hiding it.

Rugby players can see the stories and, said Sorcar, can relate to the symptoms and experiences mentioned in those stories. “So many of the athletes said they felt alone going through this injury,” said Sorcar.  “But now athletes can see others who have gone through the same struggles.” 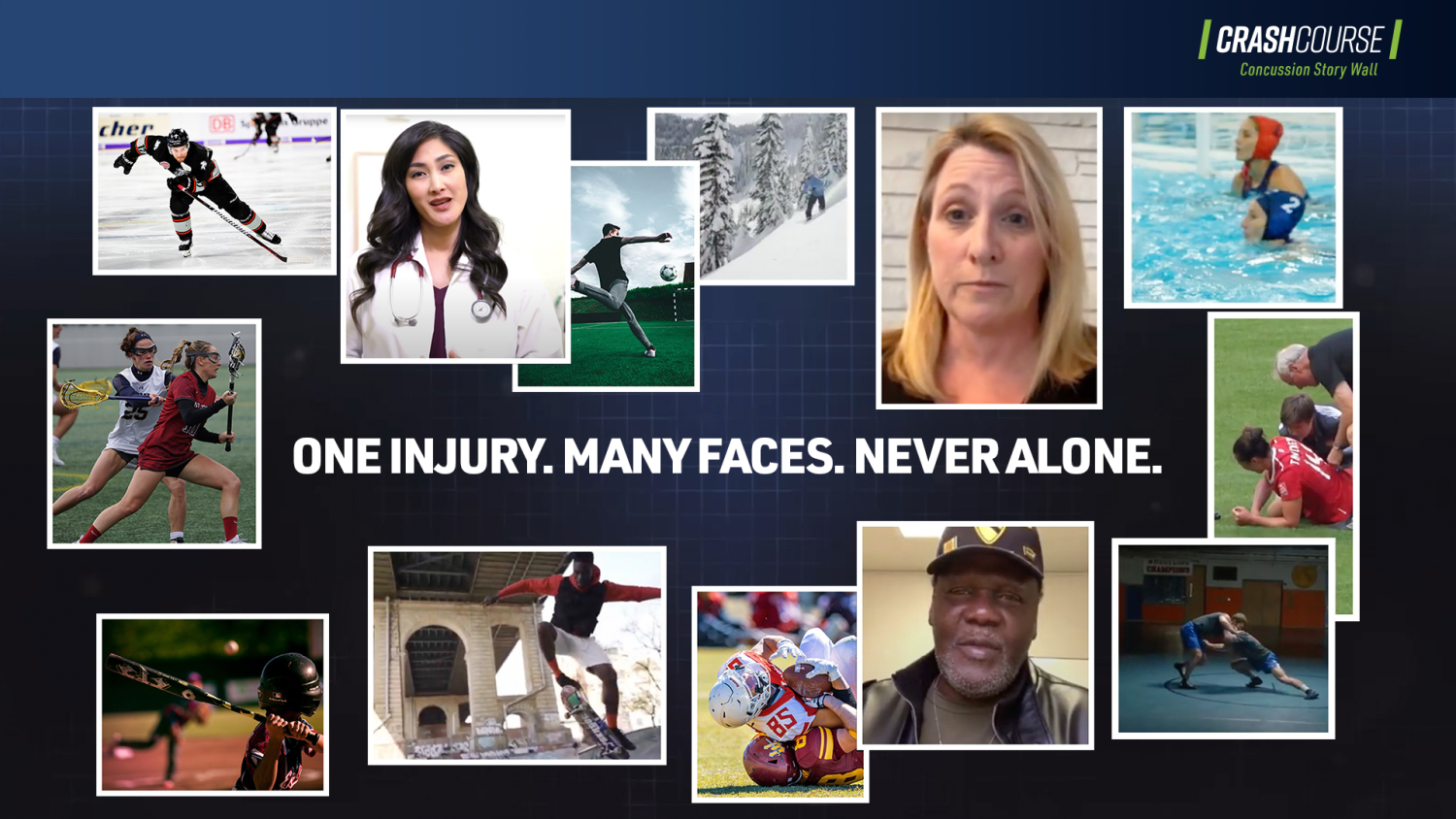 What they found and what TeachAids relates in their videos and other products, is that concussions manifest in different ways. From headaches to nausea, confusion to irritability, memory problems, balance problems, or even depression, each injury to the brain can affect a different part of the brain.

All athletes, and certainly rugby players, need to understand those symptoms. “There have never really been concussion education tools that are evidence-based and that have been informed by the population that is experiencing the condition,” said Anderson. “I think there is a fair amount of empathy in how these products were developed, with the end-user in mind. In the Concussion Story Wall we have over 4,000 first-hand accounts and experiences with concussion. Nobody’s been able to put down that sort of scale of understanding what people who have been affected by this injury deal with. That’s been combined with best-in-class data and technology.”

Not Your Father’s Concussion Treatment Plan

Understanding and concern about concussions have changed significantly in the last five to 10 years, but Anderson said that there isn’t a consensus on what that change looks like.

“The standard of care previously was to sit in a dark room and do nothing until your symptoms go away,” he explained. “And about 75% of people are still using that as the preferred treatment.”

But TeachAids points to scientific research which illustrates that active treatment for the concussion can not only help mitigate long-term problems, they can get you back to normal faster. “Many of these concussion cases have had prolonged outcomes as a result of the lack of treatment,” said Anderson. “But concussion is treatable and people have gotten better after having treatment.”

Concussion can be a serious problem if you just leave it alone—you wouldn’t leave a broken arm alone to fix itself, why would you leave your injured brain to fix itself? “When you have a concussion you should be treated by a specialist and there is no reason why we would not have rehabilitation for it,” said Anderson. “You can have symptoms that resolve but still have long-lasting impairment, and the longer that time passes before you have treatment the more likely you are to have other types of injuries.”

We at GRR are not going to go into detail about treatment—you should get that from a professional—but we will say it involves being more active than just sitting in a dark room. It involves engaging your body and brain to do things it normally does. The data and the understanding have led the experts to change how to treat concussions from no treatment to a specific plan.