Campaigning is in full gear in Nigeria as the the June 9 deadline nears for Nigeria’s political parties to pick their presidential candidates for the 2023 polls.

The main opposition party, the People’s Democratic Party (PDP), has already nominated a 75-year-old as its presidential candidate.

Business tycoon Atiku Abubakar, a former vice president, has had five previous goes at winning the presidential ticket. Given his advanced age, many believe this could be his last shot.

Abubakar is unlikely to be the only politician over seventy on the ballot paper, however.

Bola Tinubu, a former Lagos governor who entered politics some 30 years ago, is hoping that the ruling All Progressives Congress (ACP), will select him in their primaries.

The 79-year-old incumbent, who isn’t eligible to run in 2023 due to presidential term limits, is also deeply entrenched in the nation’s politics, having run for president five times since 2003. 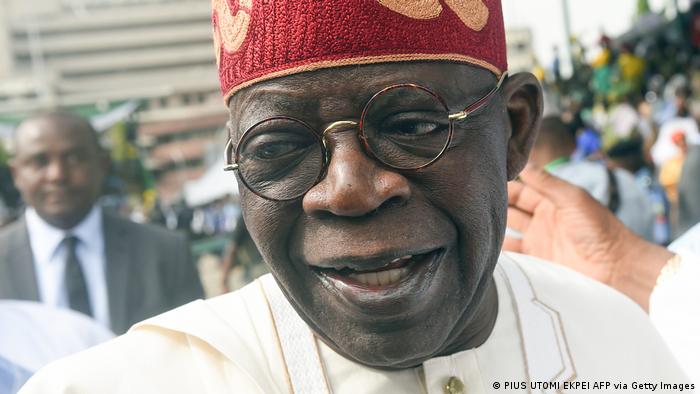 Bola Tinubu, who hopes to run for president, is is part of the ruling elite

Slightly over half of Nigeria’s84 million registered voters in the 2019 election were between 18 and 35.

But young citizens, many of whom who face endemic unemployment and entrenched poverty, often feel that the political old guard are out of touch with their needs.

This is perhaps one of the reasons why just over a third of registered voters cast a ballot in 2019, a turnout that is low by global – and West African – standards.

But the political system is proving hard for young people to break into and many feel they are being sidelined in the decision-making processes.

Ngbejume Ugochukwu, who lives in Benin City in the country’s south, dreamed of entering politics.

But 32-year-old Ugochukwu didn’t have a powerful patron, or “godfather” to help pull the strings.

“To become a politician in Nigeria, you have to first of all be extremely loyal to somebody who is up there already … and then pay years of service of being loyal to that person,” the scientist and youth mentor told DW in an interview.

Simply registering as a 2023 presidential aspirant with the main two political parties, the APC and the PDP, required nomination form payments of 100 million naira ($242,000 or €225,000) and 40 million naira respectively.

Being wealthy candidate is also important “insofar as nominations often have to be bought by bribing party delegates,” finds a 2021 analysis by the Konrad Adenauer Stiftung, a German foundation, of how Nigeria’s ruling elite cling to power. 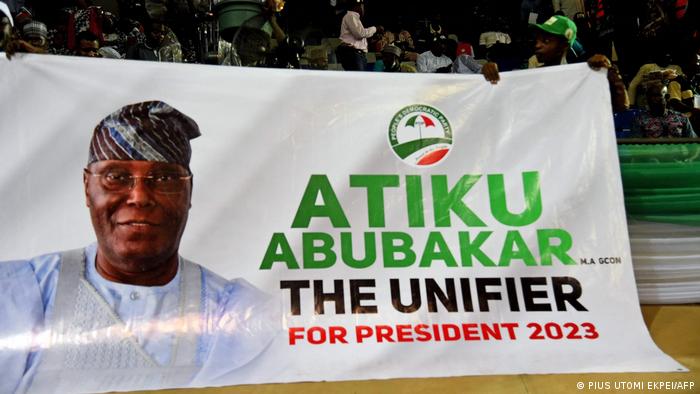 For the 2023 PDP party nominations, some delegates were reportedly paid as much as $50,000 for their vote, sources who attended the party primaries held last weekend told DW.

In a country where the minimum wage is $68 per month, that puts politics out of reach of most Nigerians, particularly women, and is leading to growing resentment among the young.

“The youths don’t have millions to throw around like our fathers [the older, wealthy politicians] are doing; buying [a nomination] form for 100 million naira and paying delegates millions of naira,” said Freedom Chukwumezie, a law firm secretary in Delta State.

“The youths can’t afford it,” he said.

Socio-political analyst Solomon Opara says his country’s dependence on “money politics” means most young people don’t bother trying to get into politics in the first place.

“No young man would want to invest such [sums] into an venture that he is not sure of because it has become a thing of the highest bidder gets it,” said Opara. 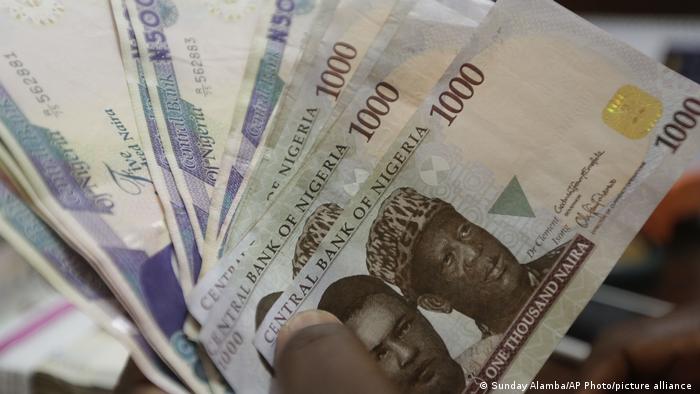 Nigeria has been called a moneytocracy: a country ruled by corruption and bribery

For those few that do venture into politics, the vast sums of money required make it difficult, if not impossible, for youths to clinch leadership positions with established parties, he said.

“An average youth believes that no matter how much work you do, they [the political elite] must manipulate it to their own favor to make sure that they win,” he said.

But there are those who believe that young people are shut out of politics because they are too immature and inexperienced to qualify.

The idea that older people have more experience by lieu of their seniority is deeply rooted across the West African nation.

“Among the youths currently in the limelight in Nigeria today, which one of them would you seriously think could be handed over the position of maybe, the senate president?” grassroots activist Geoffrey Noriode, from Warri in Delta State, asked DW in an interview.

Noriode says the politics of student leaders show that youths aren’t “ready”, warning that because of their inexperience, they could be used as “pawns” by more experienced power brokers. 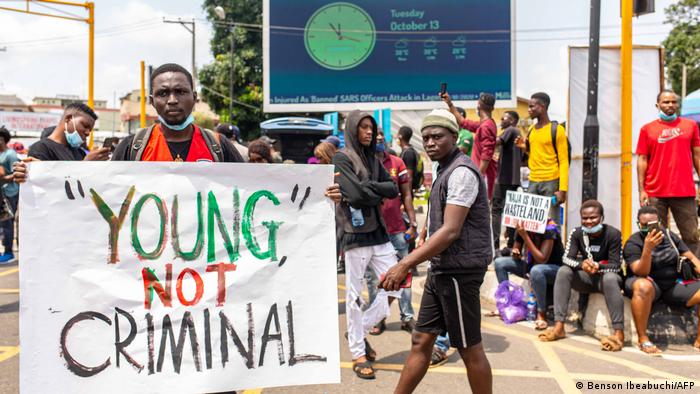 In 2018, constitutional reforms lowered the minimum age for a presidential candidacy from 40 to 35, while those who are at least 25 years old can run for a seat in the House of Representatives.

But the average age in the House of Representatives was 55.7 when members of parliament were sworn in after the 2019 elections, according to the Konrad Adenauer Stiftung report.

Chido Onumah, a rights activist and Coordinator of the African Centre for Media & Information Literacy, an NGO based in Abuja, believes that the electoral commission should set certain guidelines to get more representation for young people.

As well as this, the government, and in particular the electoral commission, need to find a way to reduce the importance of money in Nigeria’s politics.

“Nigeria is a democratic country but in terms of the building blocks of democracy, we are very lacking,” he told DW.