For congressional candidate Shrina Kurani, cryptocurrency is not only the future of money, it’s a transformative technology that could revolutionize campaign funding and attract a new generation of voters.

She is among a vanguard of candidates courting campaign contributions in digital currencies such as Bitcoin.

“We are a campaign that is speaking to a large part of the population, especially younger people,” said the American-born daughter of Indian immigrants, who is on Tuesday’s primary ballot as she seeks the Democratic nomination for a congressional seat east of Los Angeles.

Kurani’s foray into digital currency to help fund her campaign would not be possible if she were running for the California Legislature or some other office within the state. While the federal government allows political donations in cryptocurrency, California does not, having banned the practice four years ago.

The difference underscores not just the rising popularity of cryptocurrencies but also how regulation varies widely across the U.S.

Some states, including Arkansas and North Carolina, also don’t allow for cryptocurrency donations in state races under existing campaign finance laws. Others have followed federal rules for congressional candidates and allow donations with disclosure requirements and contribution caps, typically set at $100. Still other states, including Hawaii, Idaho and South Dakota, have adopted no specific policies around digital currency donations.

Digital currencies offer an alternative that does not depend on banks. Instead, transactions are validated and recorded on a decentralized digital ledger called the blockchain.

Perianne Boring, founder and CEO of the Chamber of Digital Commerce, a trade association representing the blockchain industry, likened the use of cryptocurrency in politics to former presidents Barack Obama using smartphone technology and Donald Trump leveraging social media.

“Blockchain technology can increase participation in the political process in a very positive way,” Boring said, noting that is particularly true for younger people and members of minority groups who might be skeptical of traditional monetary methods.

Critics say the potential downside is lack of transparency — not knowing who is ultimately behind the donation. 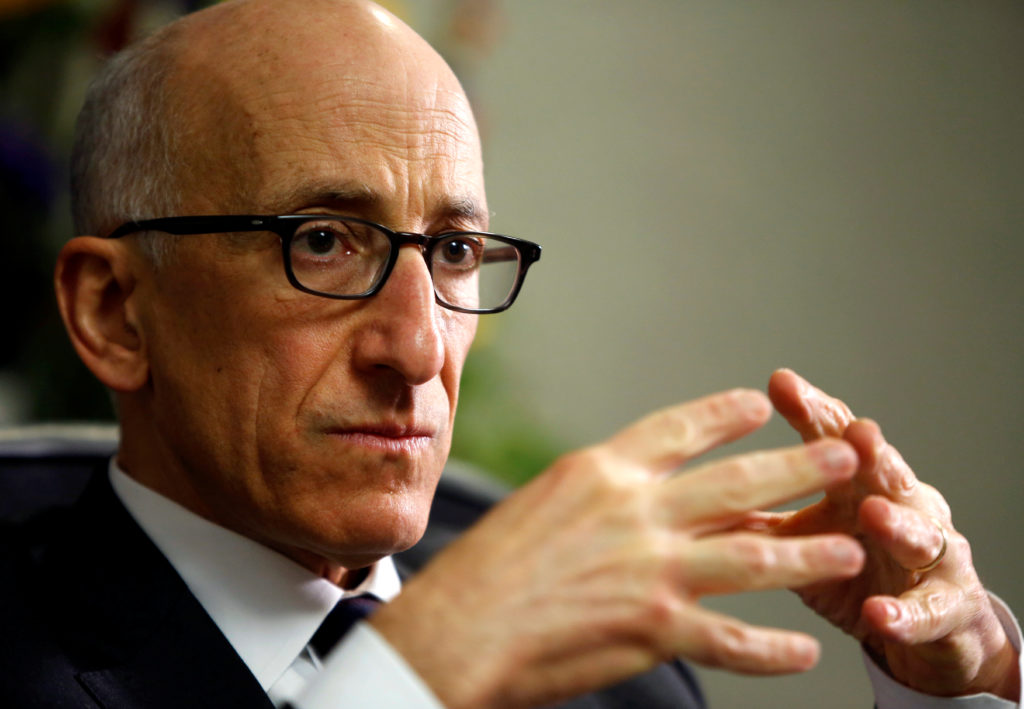 Beth Rotman, director of the Money in Politics and Ethics Program for the nonpartisan watchdog group Common Cause, worries that traceability is more difficult with cryptocurrency.

“In campaign finance, you want disclosure. You need backup information,” Rotman said. “I know (cryptocurrency) is sexy and signals to people that you’re a hip new candidate, but there has to be a better way to do it than compromise the other parts of the campaign finance system.”

“The danger is that this is still, in my mind, a sector where there is insufficient regulation, particularly on the risk of illicit activity and money laundering,” said Massad, currently a research fellow at Harvard University’s Kennedy School of Government.

Cryptocurrency donations have been permitted in federal races for years, after the Federal Election Commission allowed their use in a 2014 opinion.

The commission said political committees should value digital currency contributions based on the market value at the time the donation is received. Candidates also must return contributions that come from prohibited sources or exceed contribution limits.

In the 2017-18 election cycle, cryptocurrency donations reported to the Federal Election Commission came to just over $1.2 million. They have hit about $500,000 so far in the current cycle, which has months to go before the general election.

Shortly after the Federal Election Commission allowed cryptocurrency donations, then-U.S. Rep. Jared Polis, a Democrat, began soliciting them. Now governor of Colorado, Polis is seeking similar contributions as he runs for reelection, with donations in cryptocurrency capped at $100.

“Through campaigns accepting cryptocurrency donations, we can show the security, accessibility and the opportunity of using crypto in different types of transactions and also help send the message that Colorado is a home of innovation,” said Amber Miller, Polis’ campaign spokesperson.

As the popularity of digital currencies grows, some states that prohibited cryptocurrency contributions are reassessing.

Jay Wierenga, spokesperson for the California Fair Political Practices Commission, said the agency will reexamine its ban later this year.

“The commission is always seeking to keep up with and get ahead of the changing universe around political activity,” Wierenga said.

Oregon is one of the more innovative states in elections, having been the first to institute vote-by-mail. But in 2019, Oregon banned candidates campaigning for offices within the state from accepting cryptocurrency donations. That was despite former Secretary of State Dennis Richardson, a Republican, saying they should be considered as “a new and innovative way to expand participation.”

Two months after Richardson died of cancer in 2019, the Oregon Legislature closed the door to such donations. As the Senate prepared to vote, state Sen. Jeff Golden, a Democrat, said: “One of the widely shared objectives of this legislative session is to increase the transparency of money in politics, and cryptocurrency tends to go in the opposite direction.”

That feeling isn’t unanimous. One of the few state lawmakers who opposed prohibiting cryptocurrency donations was Republican Rep. Bill Post. He said a lot of people in the Legislature simply didn’t understand it.

Jesse Grushack, 30, is one of those voters fond of cryptocurrencies and who supports using them for political contributions. The New Yorker donated to the campaign of Democrat Matt West, a fellow cryptocurrency enthusiast who had a failed bid for an Oregon congressional seat this year.

“At this point in American politics, anyone who’s pro-crypto is someone I want to support,” Grushack said.

Kurani, 29, said her embrace of cryptocurrency is more than just a chance to display her tech credentials. It’s also a way to reach those for whom the digital alternatives to U.S. dollars are becoming their legal tender of choice.

She downplays concerns about donor secrecy, saying her campaign converts crypto donations into dollars and pursues the same information — name, address, employer, occupation — that it would for any donor.

“We are really making sure that we can represent American people who are participating with new kinds of digital currency,” she said.