NUR-SULTAN – Kazakhstan is holding a nationwide referendum on the adoption of amendments to 31 articles and addition of two new articles to the country’s Constitution on June 5. 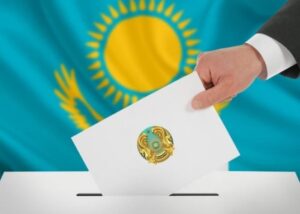 Some 11,722,536 Kazakh citizens entitled to vote in the referendum were registered to cast their ballots in one of 10,012 polling stations.

To ensure democratization of political processes, the amendments propose the transition from a super-presidential form of government to a presidential one with a strong Parliament, the establishment of the Constitutional Court, prohibition of the death penalty, as well as improved mechanisms for protection of citizens’ rights.

Kazakhstan’s foreign embassies and consulates opened 65 polling stations in 52 countries for living and traveling citizens of the country to participate in the referendum, according to the Kazakh Foreign Ministry’s press service.

The first referendum in the country’s history was held 27 years ago, on April 29, 1995, for the extension of the term of Kazakhstan’s First President Nursultan Nazarbayev until December 1, 2000.

The second referendum was held on Aug. 30, 1995, when people voted for the adoption of a New Constitution. Since then, Aug. 30 is an official public holiday – Constitution Day of Kazakhstan.