Space Politics: A Battle For Lunar Minerals Is Unfolding

Department of Education tallies up damage from storms


Governor’s budget proposes to launch network of satellites to detect harmful methane leaks and track up to 40 percent of global methane emissions, and invest $200 million for plugging idle wells at risk of leaking methane

LOS ANGELES – Joined by leaders from across the Americas, Governor Gavin Newsom today highlighted world-leading efforts to cut California’s emissions of methane, one of the worst climate pollutants, and strengthen partnerships with other leaders to further reduce global pollution. At the Summit of the Americas in Los Angeles, the Governor shared the Administration’s proposals to aggressively plug idle oil wells at risk of leaking methane and launch a network of satellites that would provide near real-time data on large scale methane leaks, leaks from oil and gas infrastructure, landfills, and other sources to track upwards of 40 percent of global methane emissions.

The Governor’s California Climate Commitment, a historic $47.1 billion proposal, includes $200 million for remediating idle oil wells and $100 million for the methane-detecting satellites. These satellites will be critical for California regulators to hold polluters accountable, and the rest of the world will benefit as well from transparent and timely access to data on leaks when they occur. The $200 million would allow the State to quickly get to work plugging idle oil wells, especially orphaned idle wells, in anticipation of additional Federal support. The funding would also give the State the ability to expeditiously remediate wells owned by delinquent operators while regulators pursue reimbursement.

This proposal is just the latest step that California has taken to reduce harmful methane pollution. The state’s superpollutant law requires a 40 percent reduction in methane emissions by 2030 and the latest data indicates California is well-positioned to meet that target. Additionally, the state is investing over $370 million to reduce emissions from the livestock and dairy sector – responsible for half of the state’s methane emissions.

“Later is too late to act on climate change, and addressing the effects of methane emissions must be a top priority for every government – reducing pollution in our communities and transitioning away from fossil fuels. California is proposing an all-of-the-above approach, from launching satellites that will track methane emissions throughout the world to plugging idle wells,” said Governor Newsom. “As we’ve seen right here in California, these oil wells present the risk of leaking at any moment. We’re encouraged by these global partnerships to tackle this problem together, for the benefit of all nations.”

Governor Newsom joined U.S. Special Presidential Envoy for Climate John Kerry and other leaders of the Americas as part of a reception for the Global Methane Hub at the Summit of the Americas.

“As the region with the greatest participation level in the Global Methane Pledge, Latin America and the Caribbean are showing incredible leadership and action in delivering the methane reductions we need to keep 1.5C within reach.  We appreciate the strong support of the Methane Hub in helping countries deliver on actions to support the Global Methane Pledge,” said Special Presidential Envoy for Climate John Kerry. 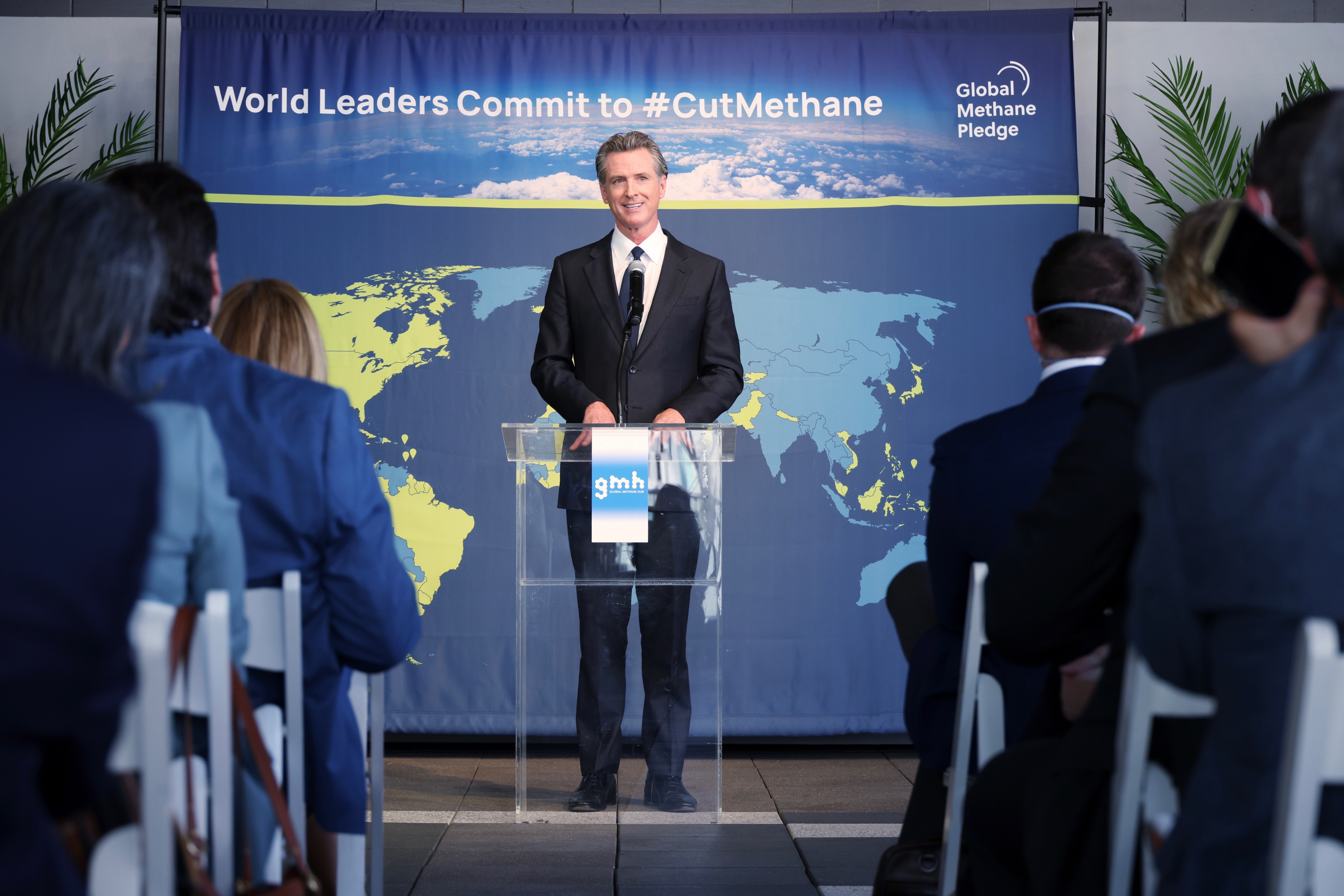 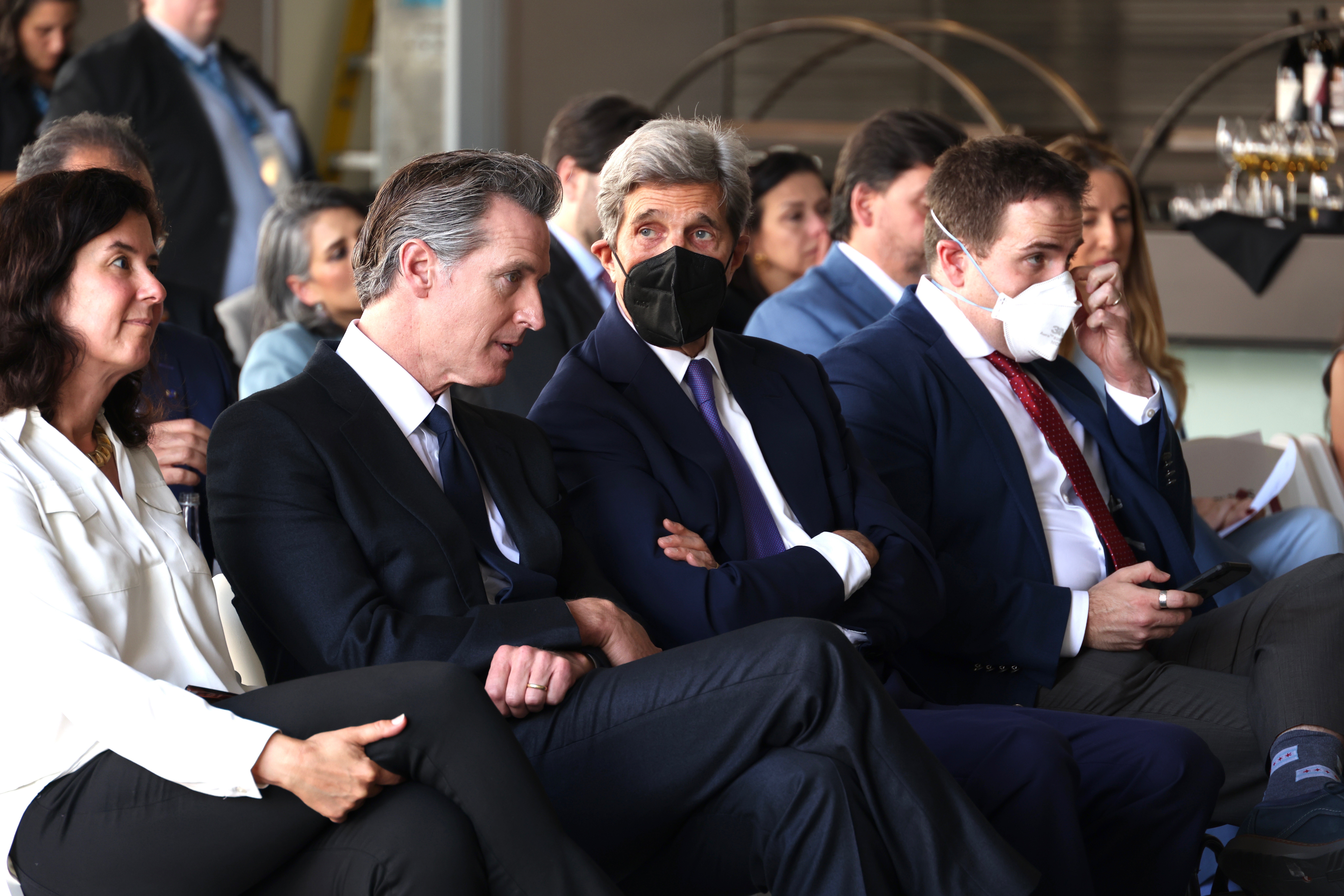 Since the Global Methane Pledge was announced in October by the United States and European Union, over 110 countries have committed to reduce methane emissions by more than 30% by 2030. The Global Methane Hub – led by CEO Marcelo Mena, Chile’s former Minister of the Environment – is a first-of-its-kind global alliance of more than 20 leading philanthropies and organizations who have committed over $300 million towards enabling and supporting tangible methane reduction solutions.

“It’s clear from today’s convening that leaders and changemakers from across the Americas are up to the task of fighting climate change, and I’m humbled by their collective commitment to expedite methane reduction,” Mena said. “I’m honored to join these esteemed leaders as we identify new solutions, race to implement them effectively and efficiently, and chart a new path forward that will secure our planet’s longevity for future generations to come. ”

In the last few weeks, state oil and gas regulators have discovered idle oil wells leaking methane in Kern County. The state has taken urgent action to ensure these wells are properly remediated and operators are held accountable.