Riakporhe extended his undefeated record to 14-0 after an eighth-round stoppage of Deion Jumah back in March and he next faces Turchi in this weekend’s IBF eliminator, live on Sky Sports.

But a WBA title fight has emerged as another potential route for Riakporhe, with Goulamirian’s promoter Yohan Zaoui underlining the French fighter’s interest in facing the 32-year-old.

“Goulamirian vs Riakporhe would be a very exciting fight for the French and the English fans,” said Zaoui.

“A pure destroyer facing a wide-ranging puncher, both unbeaten who fight for the world title, guaranteed success. If Sky Sports and Ben Shalom think the same as me, then let’s go, I like it.”

Please use Chrome browser for a more accessible video player 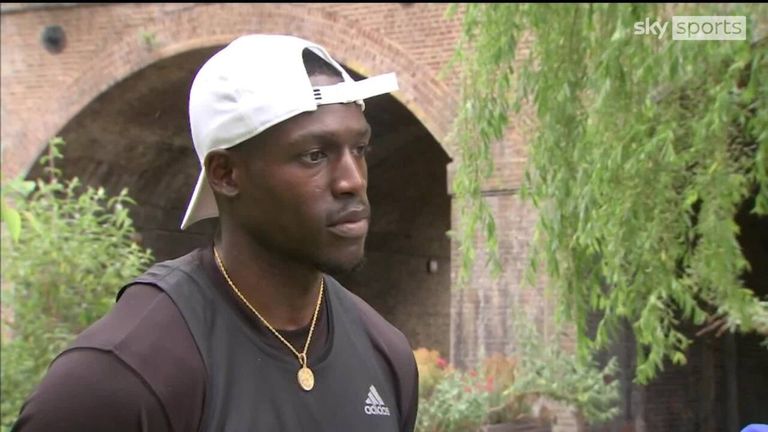 Goulamirian, who has not defended his title since December 2019, remains set to face mandatory challenger Aleksei Egorov, despite complications surrounding the bout due to sporting sanctions against Russian athletes.

The pair had been expected to meet at the back end of last year only for the fight to be cancelled due to Goulamirian’s positive test for COVID-19, but Zaoui hopes to finalise a new date in the next few weeks.

Makabu is 29-2 after claiming a split decision victory over Thabiso Mchunu to retain his title in January, with the most recent defeat of his career coming by way of third-round knockout against Tony Bellew back in March 2016.

“We’re very close [to a world title]. We promised him, he was the first fighter to join, that ‘we’re going to get you that world title’,” Shalom told Sky Sports.

Please use Chrome browser for a more accessible video player 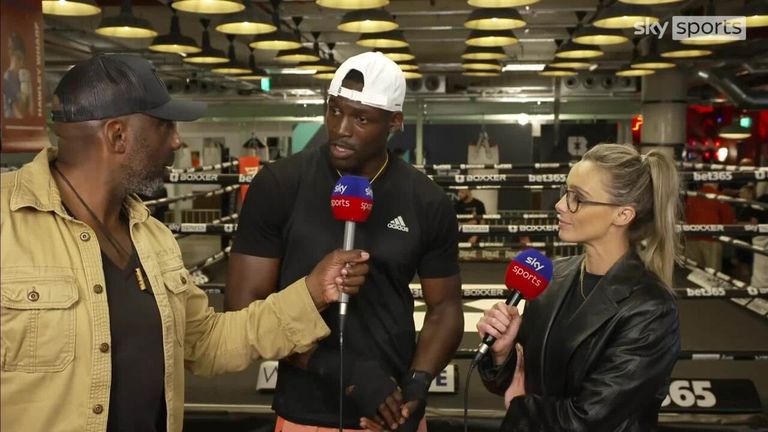 Unbeaten cruiserweight Richard Riakporhe will continue his pursuit of a world-title opportunity when he faces Fabio Turchi and he’s predicting a straight KO!

“He’s stepped up every time, he did really well against Deion Jumah.

“Now he’s fighting Turchi who will look to nullify the power we know Richard fights with, it’s going to be an intriguing fight. If he comes through that a world title fight will 100 per cent be next.

“There are three options for him. We like the Makabu fight, we think that’s a perfect fight for Richard, a lot of other cruiserweights do as well.

“We think he’s ready, he’s 32 years old now, he’s going to be taking on Turchi. If he comes through that then we want to see that.

“Then we’ll hopefully have two cruiserweight world champions [alongside Lawrence Okolie] in this country and it’s a great time for the cruiserweight division.”