Elite football is a meritocracy. Why can’t politics be?

Elite football is a meritocracy. Why can’t politics be?


I know many readers are sick of me banging on about Oxford, but I promise this column is about a bigger question: are political and educational elites in countries such as the UK, the US and France genuinely elite achievers?

In the past year, I’ve published two books about elites. The first, Barça, is an inside look at FC Barcelona, the football club, and the second, Chums, a dyspeptic account of the mostly male Oxford-educated Conservatives who rule Britain. A response I often get is, “Surely the best-educated people should be running the country?” But whereas the sporting elite is a high-performance meritocracy, the political elite isn’t.

To play for a top-class football team, such as Barcelona until about 2019, you had to be one of the 200 or so best footballers on earth. All players have trained for the job since childhood, amid continuous selection. After each season, eight to 10 boys in every team in Barça’s youth academy, the Masia, are replaced by newcomers selected from among the millions who want to be professional footballers. The average kid lasts only three years in the Masia.

In football, quality trumps CV, looks or skin colour. The day a tiny 16-year-old Argentine with a flowerpot haircut trained with Barcelona’s first team, Ronaldinho, then the world’s best footballer, remarked that the kid, Leo Messi, should be playing for the firsts already.

But players must keep performing. Once Ronaldinho declined, he was kicked out, his brilliant CV an irrelevance. Failure in sport is clear-cut and gets punished. Even retaining your level isn’t enough, because football improves tactically and physically almost by the month. Coaching staff have to keep innovating. When Barça stopped doing that, they collapsed, culminating in the 8-2 thumping by Bayern Munich in 2020.

Elite networks lead to the best jobs, including in government, where leaders like to recruit chums, caste-mates and relatives

Contrast this with the highly educated political elite. If you’re born into the right caste, selection isn’t very rigorous: elite US universities in 2017 admitted more students from the top 1 per cent of the income distribution than from the bottom half.

And elite universities rarely kick out underperformers. Boris Johnson’s classics tutor at Oxford recalled that “Boris rubbed along on no hour’s [work].” At Harvard, a study in 2019 found that 43 per cent of white students admitted were either recruited athletes or children or other relatives of alumni, donors or faculty and staff. Most of these students wouldn’t have got in otherwise. Yet they almost all manage to sail through college. In short, Harvard is not the Masia. Elite universities have other priorities besides excellence. They often retain elements of their past as gentlemen’s finishing schools, teaching upper-caste presentational skills.

Graduating from one of these places gives you a life-long entrance ticket to the top, which is why some French elite members have their alma maters inscribed on their tombstones. Networks lead to the best jobs, including in government, where leaders like to recruit chums, caste-mates and relatives. Selection in politics is chiefly for clubbability and electability, not governing skills. Many political leaders have zero prior experience of running even a government department. Nor do they have many levers to steer several hundred thousand civil servants, whereas a football coach manages 20 or so people whom he sees daily. 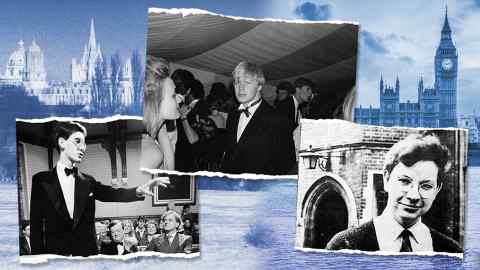 Every political leader will confront an array of problems about which they know little — for instance, Ukraine, climate change and Covid-19. They therefore need the humility and listening skills to act as conveners, hearing out experts. The worst possible leader is an egomaniac who — perhaps encouraged by his CV, caste and gender — imagines he knows best.

In fact, little brilliance is required anywhere in the governing process. Ideally, government specialists are themselves reliable conveners who distil the latest consensus of their fields, because that is more likely to be right than the blue-sky thinking of some maverick who may or may not be the next Einstein.

A football team has to win matches, but a government has to please voters. That has little do with good policymaking. An energy transition or educational reform can take decades to judge and sometimes longer. The core job of government is to avert catastrophes, but voters rarely reward politicians for things that don’t happen. Instead, governments generally get voted out because of poor presentational skills, trumped-up culture wars or global recessions.

I’ve spent my journalistic career toggling between sport and bigger things. I used to worry that football was a lower subject than politics. I don’t any more.