USA Softball has announced the addition of six athletes who are joining the 2022 U.S Women’s National Team (WNT) Japan All-Star Series roster scheduled to take on the Japan National Team in a three-game series in two weeks–August 6-9 in Fukushima/Yokohama, Japan.

Also taking the field with the U.S. will be Oklahoma State’s Kelly Maxwell who played a key role in Team USA’s exhibition contests ahead of the 2022 World Games, which resulted in another gold medal finish for the Red, White and Blue. 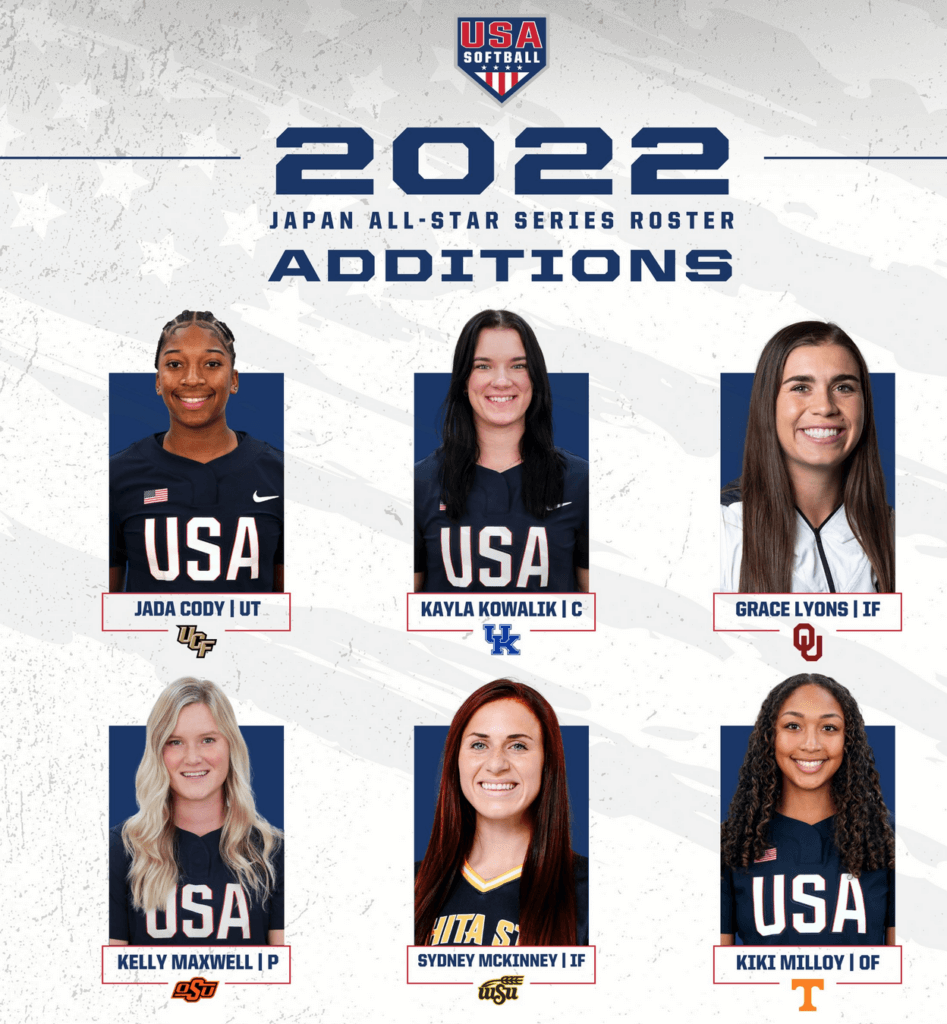 A 15-player roster that includes only one Team USA veteran, a total of six athletes will wear the Red, White and Blue for the first time in their careers in addition to one member from the Tokyo 2020 roster, five members from the Canada Cup roster and three members from the World Games roster.

Loaded with 14 student-athletes from the 2022 season and one former student athlete, members of the Japan All-Star Series roster highlight five athletic conferences:

Following a series of practice sessions August 2-5, the world-ranked No. 1 Team USA and No. 2 Japan will kick off the three-game series on Saturday, August 6 at 7 p.m. Japan Time followed by a 2 p.m. contest on Sunday, August 7 and a 7 p.m. series cap on Monday, August 8.

Live stats and streaming will be announced soon.

The roster is expected to consist of the following 15 players (listed by last name with their positions and universities they attended or are currently attending):